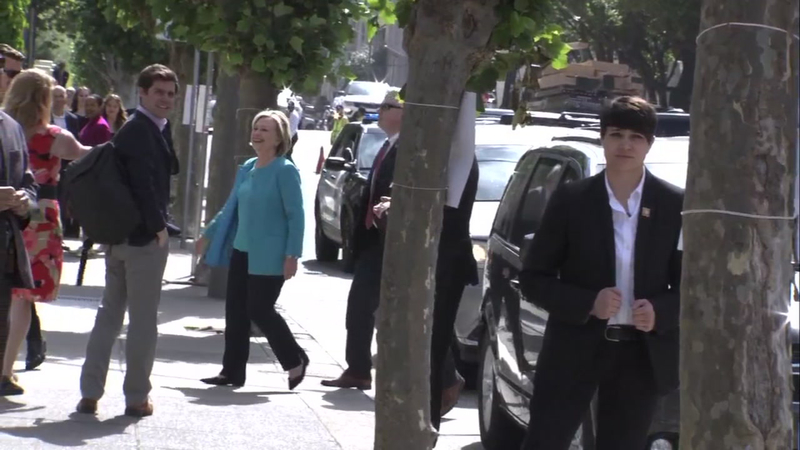 The school did not put out a press release about the appearance and denied all week that she was coming. But it was obvious this morning that something big was happening at Broadway and Buchanan because of the security officers and Secret Service agents stationed around the school.

Around 9:45 a.m. agents stopped all cars and foot traffic for the block and then Clinton and her entourage arrived.

One mother told us she was "very excited" about today's speaker. A grandmother of a graduate also expressed her enthusiasm on her way in to the school.

"It's thrilling. I think San Francisco is a very warm place for the secretary to come. She is going to be greeted very enthusiastically. I think the kids are going to be over the top in terms of what she has to tell them," said Mary Powell.

One of Clinton's best friends, Susie Tompkins Buell, has a granddaughter who is graduating from Hamlin today. The school had no comment.

Another grandmother said having a high profile speaker like Clinton comes with its share of problems. She told us the Secret Service pulled out a lot of the seating that was planned for the ceremony. This limited the number of relatives who can sit at the ceremony. She said they set up another room for family members to watch a feed of the ceremony on a large monitor.