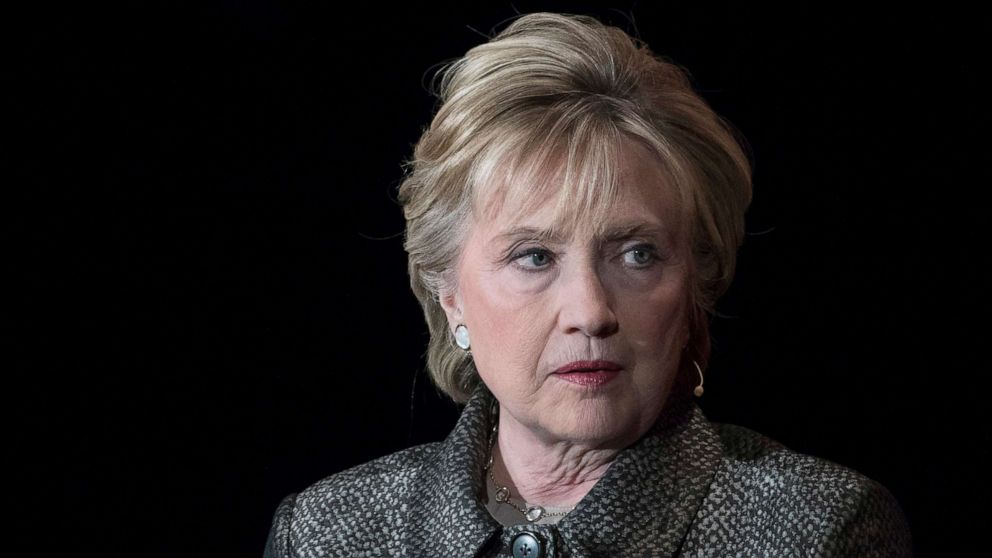 Former Democratic presidential nominee, Hillary Clinton, without naming names -- and just ahead of the debate -- said that a female 2020 candidate is a "favorite of the Russians"--comments that picked up steam on Friday on social media.

"They're also going to do third-party again. And I'm not making any predictions, but I think they've got their eye on somebody who is currently in the Democratic primary and are grooming her to be the third-party candidate. She's the favorite of the Russians, they have a bunch of sites and bots and other ways of supporting her so far..." Clinton told David Plouffe on "Campaign HQ", a podcast run by the 2008 Obama campaign manager.

The Hawaiian lawmaker recently addressed criticism that her campaign is being aided by Russian propaganda efforts-- a narrative that has appeared recently in such places as the New York Times. The news outlet reported last week that some Democrats worry about Russian bot influence due to Gabbard's apparent popularity on and mentions in Russian news media and on such places as 4chan, an online message board popular with right-wing groups.

Clinton's spokesman Nick Merrill told CNN in response to a question about whether the former secretary of state was referring to Gabbard: "If the nesting doll fits."

"This is not some outlandish claim. This is reality," Merrill told CNN. "If the Russian propaganda machine, both their state media and their bot and troll operations, is backing a candidate aligned with their interests, that is just a reality, it is not speculation."

Gabbard addressed speculation about being boosted by Russia on ABC's "This Week" in May, after being asked about an article published in The Daily Beast titled "Tulsi Gabbard's Campaign Is Being Boosted by Putin Apologists."

The Daily Beast article said that Gabbard's campaign was being "underwritten by some of the nation's leading Russophiles," and highlighted donations from supporters of Russian President Vladimir Putin. The piece says that those donors' views are likely to align more closely with Gabbard's on subjects like Syria. As a member of Congress, she has met with Syrian President Bashar al-Assad and criticized a U.S. strike against the Syrian government, receiving backlash from other Democrats in Congress.

Clinton's team has not responded to a request from ABC News for comment.

ABC News has also reached out to Gabbard's campaign for a response.

Gabbard has previously said on multiple occasions that she will not run as a third-party candidate should she fail to net the Democratic presidential nomination.

Last week, Gabbard threatened to boycott the fourth Democratic debate, hosted by CNN and the New York times, accusing them of "rigging" the 2020 election.

"I am seriously considering boycotting October 15 debate to bring attention to DNC/corporate media's effort to rig 2020 primary," she tweeted.

Last Saturday, Gabbard tweeted, "As if to prove my point, NYT just published a "greatest hits" smear piece. All your favorite hits in one article! These are the folks who will be acting as the "neutral" questioners/ moderators of Tuesday's debate lol"

Gabbard ended up joining the other candidates on the stage Tuesday night.

Clinton also said on the podcast interview with Plouffe that Jill Stein, the 2016 Green Party presidential nominee, was a "Russian asset."

"And that's assuming Jill Stein will give it up, which she might not, 'cause she's also a Russian asset," Clinton said during the podcast interview referring to Stein's third party status. " I mean, totally. They know they can't win without a third-party candidate, and so I don't know who it's going to be, but I will guarantee they'll have a vigorous third-party challenge in the key states that they most need it."

Stein, in a response to ABC News on Friday evening, said: "Instead of addressing the crises working people face, the DNC is painting progressives as the enemy. It's as if they're trying to lose to Trump again...In light of the latest slanderous allegations from Hillary Clinton, I challenge her to a debate. It's past time to give the American people the real debate they deserved in 2016, but were denied by the phony DNC/RNC-controlled Commission on Presidential Debates."