The first participants were given doses of the vaccine Thursday.
ABCNews
By Mary Kekatos 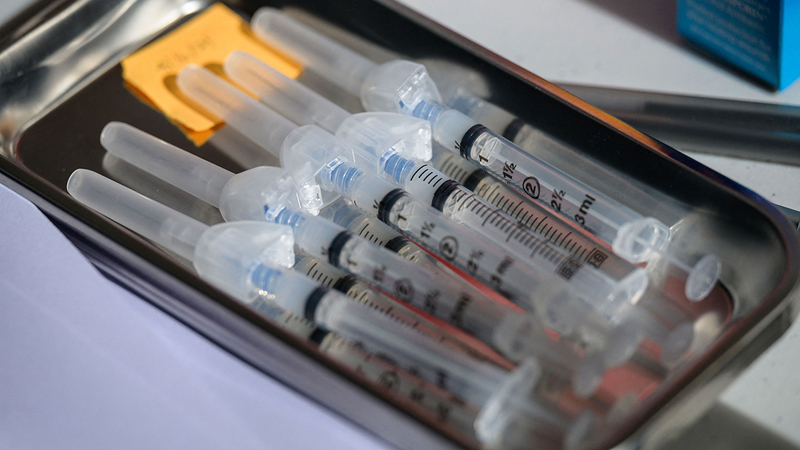 COVID vaccine tech tested for use with other diseases

The biotechnology company has teamed up with the nonprofit International AIDS Vaccine Initiative to develop the shot, which uses the same technology as Moderna's successful COVID-19 vaccine.

The first participants in the Phase I trial were given doses at George Washington University School of Medicine and Health Sciences in Washington, D.C., according to a company statement.

"We are tremendously excited to be advancing this new direction in HIV vaccine design with Moderna's mRNA platform," Dr. Mark Feinberg, president and CEO of IAVI, said in a statement. "The search for an HIV vaccine has been long and challenging, and having new tools in terms of immunogens and platforms could be the key to making rapid progress toward an urgently needed, effective HIV vaccine."

ANNOUNCEMENT 📢: We are proud to announce that the first participant has been dosed in the Phase 1 study of mRNA-1644, our experimental #HIV #mRNA #vaccine candidate. Learn more about this exciting venture with @IAVI: https://t.co/apeIJpPbxz pic.twitter.com/1fON4j9hP7

Nearly 38 million people worldwide -- including about 1.3 million in the U.S -- are living with HIV, or human immunodeficiency virus, which can lead to the potentially fatal disease AIDS.

Being diagnosed with HIV was once considered a death sentence. During the height of the U.S. AIDS epidemic in the mid-1990s, more than 50,000 deaths occurred every year, according to the Centers for Disease Control and Prevention.

Today, HIV is much more manageable with medications that can reduce viral loads to undetectable so the virus can't be transmitted, as well as pills that can be taken to prevent infecting those who are HIV-negative.

But despite decades of research, no vaccine has ever been developed. Several candidates have entered clinical trials but failed in later stages.

The HIV-prevention pill PrEP will now be covered under most insurance plans.

The new vaccine uses mRNA, or messenger RNA, which teaches the body's cells how to make proteins that trigger immune responses.

Researchers have developed not only a primary vaccine but also a booster to deliver HIV immunogens -- molecules that elicit an immune response -- via mRNA.

The hope is this process can induce specific white blood cells, called B cells, which can then turn into what are known as broadly neutralizing antibodies that can neutralize the virus.

According to the statement, Phase I of the trial will enroll 56 healthy, HIV-negative adult participants at GWU and three additional sites: Hope Clinic of Emory Vaccine Center in Atlanta; Fred Hutchinson Cancer Research Center in Seattle; and the University of Texas-Health Science Center at San Antonio.

Researchers will then monitor for safety and efficacy of the new vaccine for up to six months after participants receive their final dose.

Moderna did not immediately respond to ABC News' request for comment.