KGO
"Exploding Kittens," a card game dreamed up by video game designers, is breaking records on Kickstarter and is now the most successful Kickstarter campaign ever.

The game has had the most people contribute, with over 120,000 backers, and has raised well over $4.5 million on Kickstarter.

When Elan Lee and his partners devised the game, they originally called it Bomb Squad, but they quickly realized a name change was in the cards.

"We can't call it Bomb Squad. We have to call it Exploding Kittens," Lee said.

The creators of "Exploding Kittens" describe their nonsensical game as a "highly strategic kitty-powered version of Russian Roulette" in which players draw cards while trying to avoid the game-ending exploding kittens.

Not bad work for three guys who initially hoped to sell about 5,000 decks of their outrageously animated playing cards. 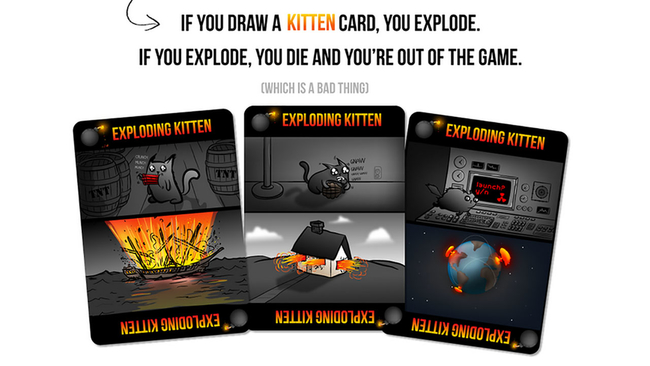