Demand for sophisticated home security systems on the rise 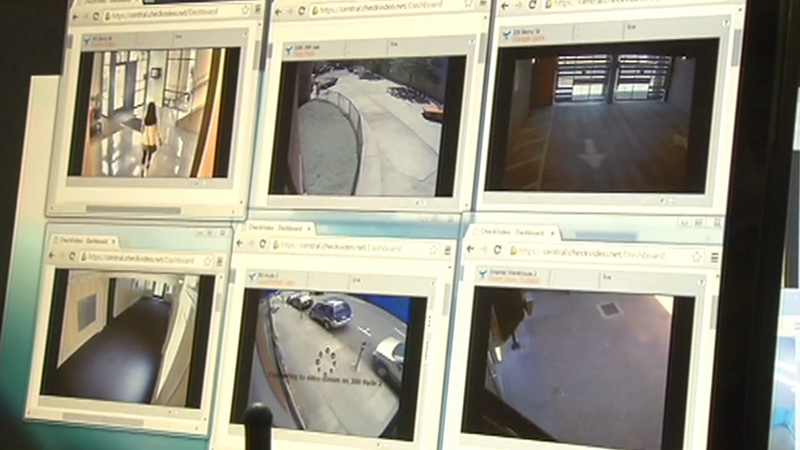 Demand for sophisticated home security systems on the rise

SAN FRANCISCO (KGO) -- With the startling rise of home burglaries in the Bay Area, business is booming for security companies. No longer do homeowners just want alarm systems; they want more sophisticated set-ups to protect their homes and themselves. And police couldn't be happier.

There's a huge demand for mounted digital cameras which produce high resolution images. Some even have audio. In the event a home is burglarized, they can show the criminals going in and out of a home.

And having the crimes captured on video is a blessing for police at a time when there are staffing shortages.

"The biggest change for us has been the addition of video surveillance in homes," Belmont Police Capt. Pat Halloran said. "Previously we only saw them in businesses and stores."

The best seller at Hue and Cry Security Systems in San Carlos is a program called "Verified Response," which also alerts police.

When the camera detects motion in the home, it triggers the recording. The images are sent in real time to the company's monitoring station, where workers look for anything suspicious. If there is, Hue and Cry's dispatchers call police.

"They seem to come out faster and hopefully, they can capture the person so it doesn't happen again," spokesperson Natalie Miles said.

But that depends on how quickly officers get there.

Chances are most of the burglars will get away before police are able to respond. But now, there is at least one security company that's filling the gap.

Aclarity Systems has digital cameras at homes and businesses and the images are monitored 24 hours a day. If there's unusual movement, the computer sends out a red flag, but unlike other companies, they will dispatch a private security unit to investigate suspicious activity.

When they're dispatched to check out a location, the company says their response time is no more than five minutes -- enough time to capture the burglar.

"We either get them before they go in or we get them inside or coming out with the property from the building," Patrol Special Private Security, Inc. spokesperson Scott hart said.

Earlier this month, one of the biggest serial bicycle thieves in San Francisco was caught by Aclarity's patrol officers. Cameras inside an apartment building garage captured the man's image after he had just stolen two bicycles.

Monitors dispatched a patrol car. The guards made a citizen's arrest and called police.

For law enforcement, these advances in private security systems have become an extra pair of eyes and hard evidence in court.