Dr. D runs a series of sober houses around the Bay Area. Several of his clients tell the I-Team he promised services he never provided and betrayed their trust when they needed help the most.

A 62-year-old Sonoma County woman, who did not want us to use her name, is living in her car, homeless for the first time in her life. After she got a divorce, she felt isolated, began having financial problems and started to drink.

"I was perfectly aware that I was starting to have unhealthy patterns with alcohol," said the woman.

She answered a Craigslist ad for Dr. D -- Richard Diffenderfer -- who runs sober houses in Rohnert Park and Modesto. His brochures ask, "Is your life f--ed up? Life in the toilet? Dr. D can help you go from bitter to better... from jail to a job."

She told the I-Team, "He seemed like a very happy person. He seemed very relaxed. He said, 'Yes, well, what's not to be happy about?'"

All she wanted was a stable place to live, a supportive environment where she would be encouraged not to drink. She paid her first month's rent of $1,000 and moved into a house on Alden Avenue in Rohnert Park with 12 other people. Then came the bombshell.

Diffenderfer agreed to sit down and answer the I-Team's questions.

However, that is the same story we heard again and again from Dr. D's former clients, who got evicted a month ago.

Former client Ruben Garcia told the I-Team, "Once he got my money, it was like I didn't exist. He has no soul, he has no morals, nothing. This is all about money."

Diana Schwenn owns the house on Alden Avenue. It represents her life savings. She tells the I-Team when Diffenderfer stopped paying rent and the bill climbed past $40,000, she had no choice but to evict the tenants.

Schwenn said, "I went to rehab a long time ago, and to have this happen to them when they are trying to maintain a clean and sober life? It's horrible."

Noyes: "Why did you stop paying?"
Diffenderfer: "We stopped paying because they claimed we owed them the $30,000, I said we didn't. We fell behind on the rent to her. We were behind on an amount that she could not determine."

In a court settlement, Diffenderfer agreed to vacate the house and give Schwenn $12,000. He's already behind on those payments and still runs other sober houses in Rohnert Park and in Modesto. Now, the I-Team has learned the state Department of Health Care Services is investigating.


Marlies Perez is Chief of the DHCS Substance Use Disorder Compliance Division. She said, "Anyone in the state that wants to provide 24-hour residential services requires a license by DHCS."

On his website, Dr. D offers "behavioral health treatment for dual-diagnosed clients with addiction and mental health issues... interventions, social security or other benefit." But, is he really a doctor?

Diffenderfer also has a criminal history. He went to jail after buying cars for two strippers and himself with phony checks, writing a fraudulent $2 million check for a house, and conning investors in a vending machine scam, as seen on ABC7 News in 2002.

Sean Ciappa was one of the victims of the vending machine scam. At the time he told ABC7 News, "I pleaded with him, 'Please, this is my life savings,' and it didn't matter to him."

Diffenderfer blames those crimes on his bipolar disorder. He says he's better now. After our interview, Diffenderfer told Noyes any publicity is good, to just spell his name right. Quite a flip attitude, as his former clients try to piece their lives together, even if it means living in their cars for a while.

The woman in the car says, "It's one more challenge in my path and one more way for me to get stronger, because that's what challenges do, is they make you stronger if you get through them."

The woman in that car is paying $900 a month to board her dog, while she is starting a new job. Hopefully, she will find them both a home soon.

This investigation started as a phone call to our tip line. Call 1-888-40-I-Team or email us if you have something we should check out.
Related topics:
home & gardenmodestorohnert parkhealthrental propertyaddictioni teamrental scamsmental healthinvestigationalcoholrenters
Copyright © 2020 KGO-TV. All Rights Reserved.
RELATED 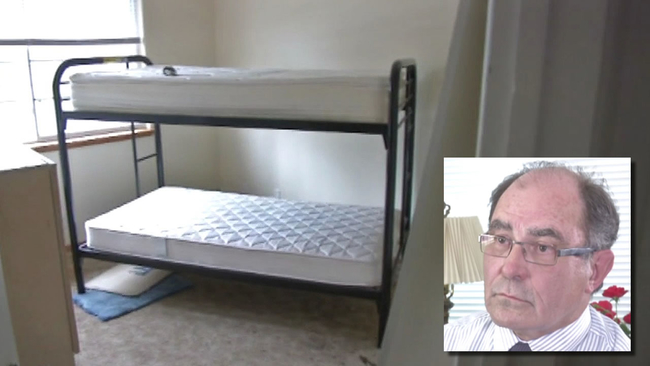