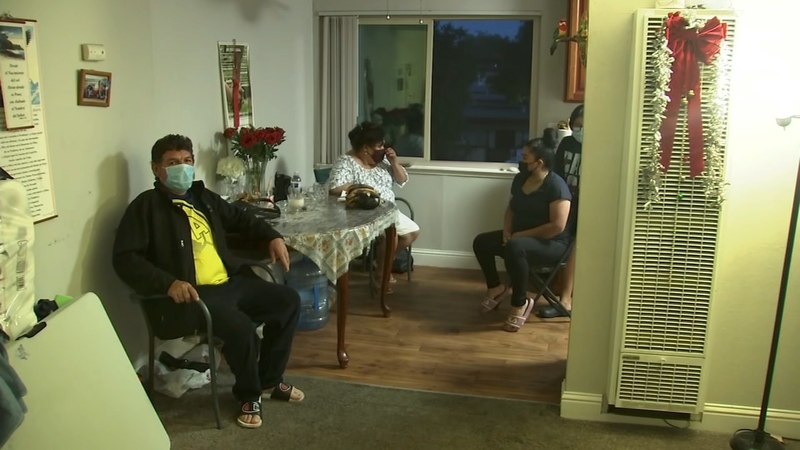 SAN FRANCISCO (KGO) -- The battle over evictions is heating up across the country.

A Federal judge in Washington D.C. initially ruled Wednesday that the CDC "had exceeded it's authority by ordering a nationwide moratorium on tenants evictions last year."

A short time later the judge agreed to put her ruling on hold pending an appeal.

Advocates fear that if state and federal moratoriums end, it could push thousands of families to the streets.

We spoke with Ernestina Colin of Redwood City Wednesday night, who couldn't hold back the tears.

"I've seen a lot of people with the same problem as me. We don't have a job and people like me, we can't find a job," says Colin who lost her janitorial job during the pandemic.

WATCH: How can the Golden State tackle the high price of housing and keep the California Dream alive?
EMBED More News Videos

The "California Dreaming" series looks at the state's future and the people working to keep the dream alive. This episode is about the cost of living in California.

Her husband had been working as a gardener until he broke three of his toes. Their family is now being supported by her son who is a server.

"My sadness is because I spent all my savings that I had for my daughters to continue her studies," says Ernestina.

Colin tells us her landlord wants her and her family out. Wednesday, a federal judge ruled against the national eviction moratorium saying the "CDC had exceeded it's authority to impose the ban."

Late Wednesday, that judge agreed to put a hold on her ruling pending appeal.

But that still makes tenants right advocates uneasy especially since California's eviction moratorium is set to expire at the end of June.

"The bigger concern is that this expiration date is coming and families will be on the streets we will see a massive eviction as probably we haven't seen yet," says Adriana Guzman of Faith and Action Bay Area.

Guzman is going door to door and making calls to try to tell people about the government money that they are eligible to receive. It's a challenge though as there are language disparities and advocates say many landlords don't want to help.

"Over 40,000 families here in Santa Clara alone would be at high risk of not just facing an eviction but the potential of homelessness," says Jeffrey Buchanan with Working Partnership USA.

The New Civil Liberties Alliance represents landlords and praised the judges initial decision against the moratorium saying that housing providers are currently being forced to provide unlimited free housing to their tenants.