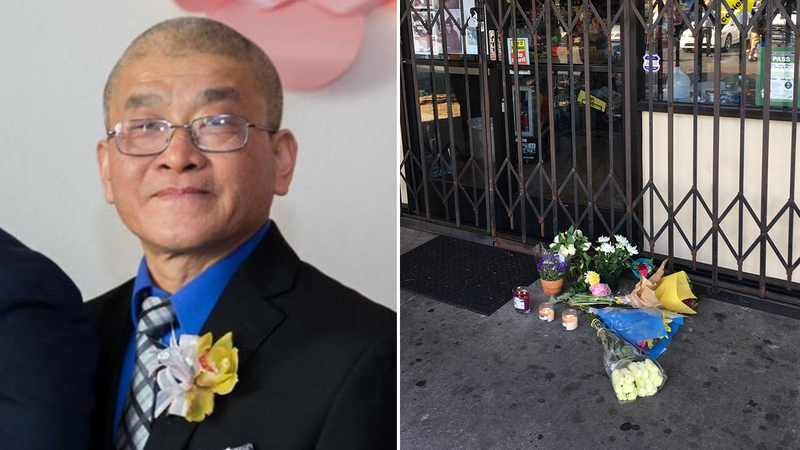 It's unusual for the liquor store to be closed right now. The owner, well known and well liked in this neighborhood would normally be working right now, but last night, a robber ended his life.

The 911 call came in at 10:53 Monday night from Jim's Liquor Mart on South White and Quimby Roads in San Jose. A man was shot and killed inside.

"My son woke me up at midnight and said my brother had been shot," said Hao Ly, brother.

Charlie and his wife were working the store together last night. Hao Ly talked with her about what happened.

"My brother he feeling a little tired, he laid on the floor inside the counter. His wife stands there and the guy came over, put the mask on, and asked her to open the cash register. She gave him money," said Hao Ly.

Charlie Ly has owned Jim's Liquor Mart for more than a decade and worked long hours. He's been robbed before and is known for chasing off wannabe shoplifters. Last night, the armed, masked man pulled the trigger.

"He stood up. He said no and the guy shot him in the chest," said Hao Ly.

Hao Ly said the wife held Charley and called 911. The robber threatened to shoot her, but didn't.

"He tried to take her phone away and he tried to open the cashier and he can't, that's why he left," said Hao Ly.

"He didn't get any money?" asked ABC7's Matt Keller.

The robber escaped before police arrived. Video from surveillance cameras could help police in their murder investigation.

"I don't know what to say. I hope the police can get that guy. Put him in jail forever," said Hao Ly.

Police have not made any arrests.