Homicide suspect tries to turn himself in, Santa Clara jail turns him away

KGO
By and Katie Utehs 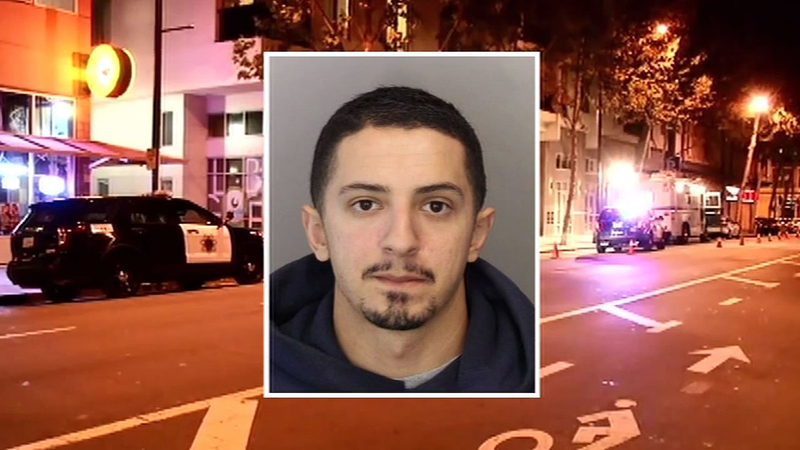 SAN JOSE, Calif. (KGO) -- A man says he tried to turn himself in for killing his ex-girlfriend and walked into the Santa Clara County Mail Jail, but they turned him away and told him to go to the San Jose Police Department a few blocks away. Authorities are explaining why they did that.

Authorities told ABC7 News 28-year-old Hugo Castro confessed to stabbing a woman, who he once dated. They say the stabbing happened sometime over the weekend, but the victim's body was not found until Monday.

On Monday, Castro took San Jose police to the condo on Third Street where 27-year-old Alessandra Barla was discovered strangled and stabbed to death.

Castro informed Santa Clara jail staffers he wanted to turn himself in and that he actually passed a note through the glass window to a custody support assistant, stating that he was aware of the location of a dead body.

The Sheriff's Office maintains that at no point during the exchange did Castro mention that he was responsible for that dead body. As a result, they say that's why they referred him over to the San Jose police station where he was taken into custody after providing a statement.

In a statement to ABC7 News, the Santa Clara County Sheriff's Department said, "If the initial findings are true, then the Custody Deputy failed to meet the expectations of the department and we'll take appropriate action to deal with the deputy."

This is the latest in a string of problems involving the main jail which is operated by the sheriff's department, In fact, a commission was appointed by the county Tuesday to look into the problems, including the death of an inmate, allegedly at the hands of guards inside the jail.

A blue-ribbon commission led by retired Judge Ladoris Cordell is auditing the jail. She told ABC7 News, "All the more important that we look into the training that is given to the correctional officers at the jail."

Cordell says currently correctional deputies are only required to have a high school diploma or GED. The commission will meet in November and present findings to the Santa Clara County Board of Supervisors.