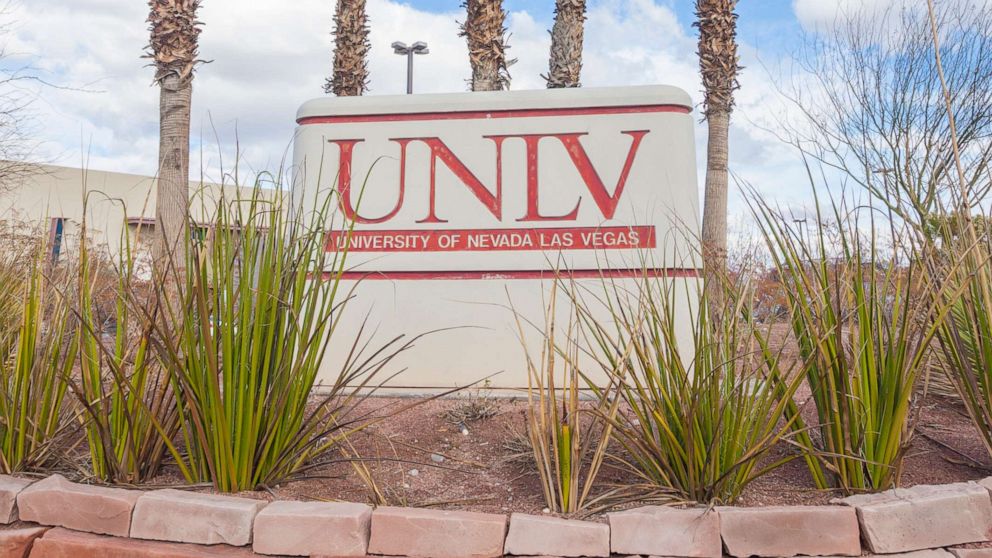 Homicide has been ruled in the death of a University of Nevada, Las Vegas student who collapsed after participating in a charity amateur "fight night" organized by his fraternity, authorities said.

The death of 20-year-old Nathan Valencia was determined through an autopsy to be a homicide caused by blunt force trauma to the head, but a spokesperson for the agency told ABC affiliate station KTNV that simply means he died at the hands of another and not necessarily as a result of a criminal act.

Valencia's distraught relatives have hired a lawyer to get to the bottom of how UNLV's Kappa Sigma fraternity was permitted to host the off-campus amateur boxing match they claim was sanctioned by the university and is held annually.

"We will leave no stone unturned to determine how a 20-year-old ended up in a school-sanctioned amateur fight that cost him his life," Valencia's family said in a statement.

Valencia, a junior studying kinesiology, participated in the "Kappa Sigma Fight Night" held on Nov. 19 at the Sahara Events Center in Las Vegas.

A cellphone video of Valencia's boxing match obtained by KTNV appeared to show him and an opponent wearing protective headgear and boxing gloves as Valencia took several punches to the face and head during the three-round bout in front of what appeared to be a large and boisterous crowd.

Minutes after the fight, Valencia collapsed and was taken to a hospital where he died four days later, his family said.

Nick Lasso, an attorney for the Valencia family, told KTNV that medical help for the student was not immediately available at the event. He also said the referee of the fight was not a professional.

"Our preliminary investigation reveals mistakes were made and safety precautions overlooked," the family's statement reads. "We will be completing a full investigation to determine how UNLV and the Kappa Sigma Fraternity could allow and promote an event like this to take place."

The family added: "College students should not be placed in a situation where they are pitted against each other for combat."

Lasso said it appears that the match between Valencia and his opponent was billed as the main event despite Valencia having no previous experience as an amateur boxer.

UNLV president Keith E. Whitfield released a statement on Valencia's death, saying, "We are shocked and heartbroken as we mourn the loss of one of our own."

"UNLV is committing all available resources to review the incident and determine how off-campus events like these can be as safe as possible," Whitfield's statement reads.

Mitchell B. Wilson, the executive director of Kappa Sigma, told the New York Times the fraternity was "greatly saddened by the loss of Nathan Valencia" but declined to respond to further questions on the student's death.

A spokesperson for the Las Vegas Metropolitan Police Department said the agency investigated the licensing of the boxing charity event and has uncovered "no information that there is any criminality on the part of the venue."

The Nevada State Athletic Commission, which regulates boxing in the state, announced it has launched an investigation of the Kappa Sigma charity event.

"The NSAC takes this tragedy seriously, and our hearts go out to Mr. Valencia's family and loved ones," Stephen J. Cloobeck, chairman of the Nevada State Athletic Commission, said in a statement.

Valencia's girlfriend, Lacey Foster, told KTNV that she attended the event and got a "really weird feeling" as soon as she entered the venue.