What to watch on Disney+ this holiday season 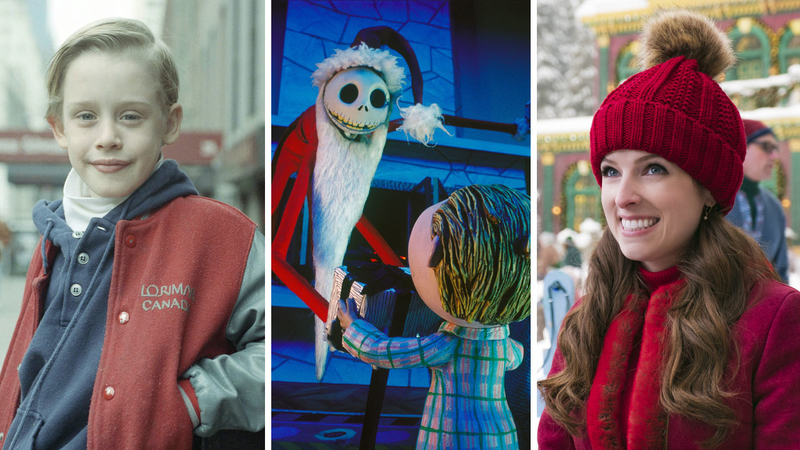 VIDEOS: 'Noelle' and other Disney+ trailers

LOS ANGELES -- What better way to celebrate the holidays than with a steaming mug of hot chocolate, freshly baked cookies and a movie marathon? This is the first holiday season since Disney+ launched, and the streamer's vast library of content includes plenty of holiday-themed offerings from Walt Disney Studios and 20th Century Fox.

Here's a look at just some of the holiday fare to consider snuggling up and binge-watching over the holiday season:

"Noelle" - The newly released Disney+ original film starring Anna Kendrick and Bill Hader tells the story of Noelle Kringle and her brother Nick, Santa's adult children. Nick is set to take over as Santa, but all does not go as planned. Nick disappears after Noelle suggests he take some time to himself, and Noelle embarks on a mission to find her brother and save Christmas. The cast also includes Kingsley Ben-Adir, Billy Eichner, Julie Hagerty and Shirley MacLaine.

"Home Alone" - A holiday classic, "Home Alone" follows the adventures of young Kevin McCallister (Macaulay Culkin) after his large family accidentally leaves him behind as they embark on a Christmas trip overseas. Though McCallister initially enjoys being left to his own devices, he must learn to defend himself when two men who are up to no good show up and start causing trouble. Joe Pesci, Daniel Stern, John Heard, Roberts Blossom and Catherine O'Hara also star.

If you can't get enough of the McCallister family, "Home Alone 2" and "Home Alone 3" are also available.

"The Santa Clause" - What happens when Santa falls off your roof on Christmas Eve and you're responsible? Divorced father Scott Calvin (Tim Allen) finds out when he is forced to step in for Santa and "convince a world of disbelievers, including himself." Judge Reinhold, Wendy Crewson, Eric Lloyd, David Krumholtz and Larry Brandenburg also star.

"Tim Burton's The Nightmare Before Christmas" - Halloween meets Christmas in this 1993 stop-motion cult favorite. As Disney describes: "When Jack [Skellington] decides to bring [Christmas] back to Halloween Town, his dream to fill Santa's shoes unravels, and it's up to Sally, the ragdoll who loves him, to stitch things together again." The cast includes Danny Elfman, Chris Sarandon, Catherine O'Hara, William Hickey, Glenn Shadix and Paul Reubens.

"Miracle on 34th Street" - This 1947 classic tells the story of a man named Kris Kringle (Edmund Gwenn) who finds himself working as a department store Santa in New York City. When his sanity is questioned and he's put on trial, Kringle must find a way to convince everybody else that he really is who he says he is. The cast also features Maureen O'Hara, John Payne, Gene Lockhart, Natalie Wood and Porter Hall.

If you're not necessarily on the hunt for a holiday-themed film and you're simply looking for something new to watch, here are some of the late-December premieres slated for Disney+: