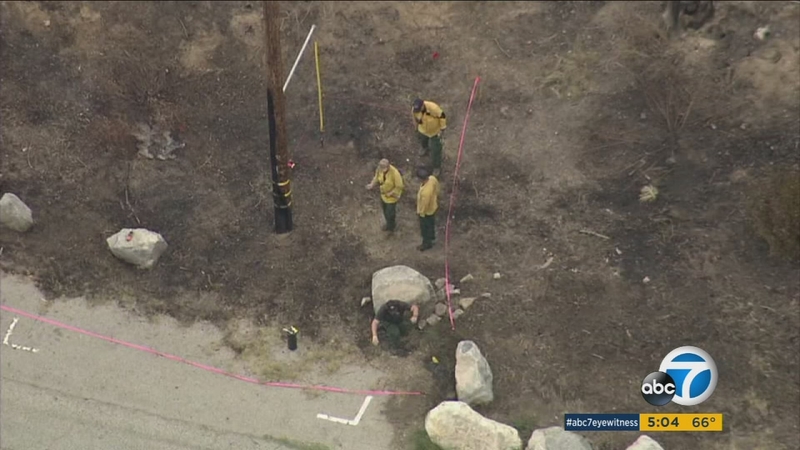 SUNLAND, LOS ANGELES -- A grisly find of a human hand in Sunland on Sunday triggered the search for the remaining body.

Joe Washburn, who is homeless, was hiking and looking for gold when he made the discovery on a rock in a canyon off Big Tujunga Canyon Road near Oro Vista Avenue.

"I looked down and there it was - a hand, a skeletal hand," Washburn said. "The backside of the hand was laying up. I could see the fingernails, and I went 'that's a hand.' It was white, and some of the skin was still on it."

Investigators responded to the scene again Monday afternoon to look for more possible body parts, but none were found, according to the Los Angeles County Sheriff's Department's Crescenta Valley Station.

Authorities said this hand did not appear to be connected to other previous cases.

The hand appeared to belong to an adult, but it was not known if it belonged to a man or woman, according to the sheriff's department.

Washburn said it appeared to be mummified and very old.

Officials were hoping the coroner would be able to use fingerprints to help identify who the hand belonged to.

Washburn says he still can't believe he found a hand in such a remote area high up on a canyon wall.

"I went 'that's part of someone; that is something that's not Halloween.' I forgot it's Halloween, and when I seen that I was like 'wow, man,'" he said.