3 dead, 1 injured after vehicle leaves I-80 off-ramp in Fairfield 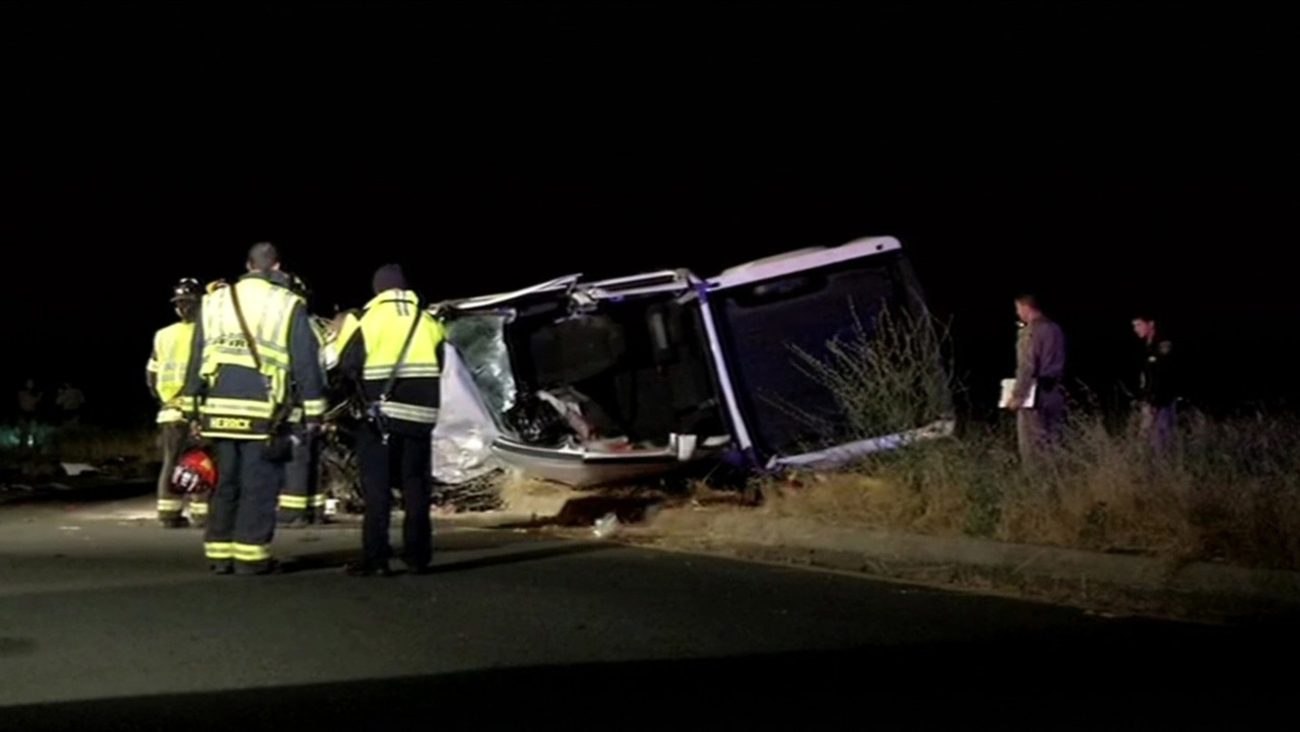 FAIRFIELD, Calif. -- Three people are dead and one person is suffering major injuries after an early morning crash near Interstate Highway 80 in Fairfield, according to the California Highway Patrol.