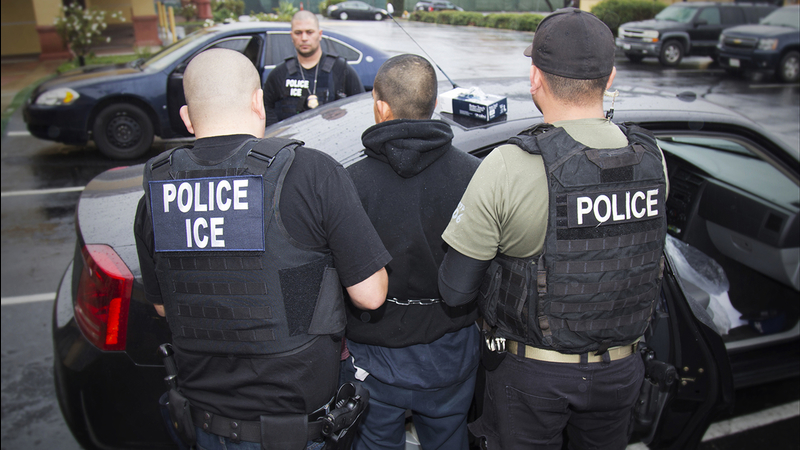 SAN FRANCISCO (KGO) -- ICE raids on thousands of undocumented families are set to begin this Sunday, according to a new report.

Among the 10 cities targeted will be San Francisco. That's according to the New York Times late Wednesday night. Los Angeles, Houston, Denver, Miami, New Orleans, New York, Baltimore, Chicago and Atlanta are the other cities that will be targeted.

The report says ICE's goal is to deport the families as quickly as possible. Family members arrested together will be held in family detention centers in Pennsylvania and Texas according to the Times.

"Collateral" deportations also appear to be a part of the President's plan. In those situations, authorities may detain immigrants who happen to be on the scene, even if they are not the intended target of the raid.

Mayors of many cities including London Breed and Libby Schaaf have opposed the plan. Last month, Mayor Breed said the raids were created to "inflict as much pain and fear as possible."

President Trump had previously postponed the raid to give lawmakers time to work out their own immigration proposals. ICE agents were then targeting at least 2,000 immigrants.

ICE is not commenting on the specific details on the operation ahead.

The plan is being heavily criticized by Democratic lawmakers and some mayors who say they will not cooperate with ICE. Many immigrant advocates have started campaigns to make sure people know their rights when ICE agents show up at their doors. ICE agents are not legally allowed to forcibly enter someone's house.