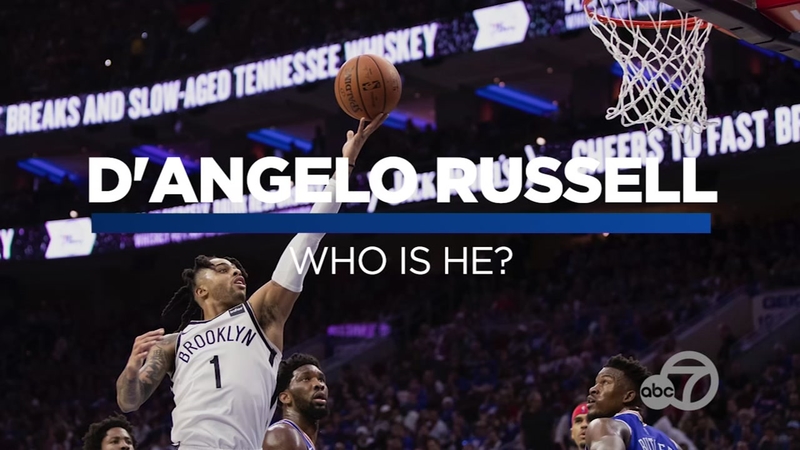 Who is D'Angelo Russell?

OAKLAND, Calif. (KGO) -- As the Warriors roster continues to morph, fans are wondering, "what exactly do we have to work with next season?"

We have a full roster recap here, but the biggest surprise on that list is the newest addition to Golden State, D'Angelo Russell.

With Kevin Durant and Andre Iguodala gone, and Klay Thompson expected to miss a majority of the season with an ACL injury, the 23-year-old's role will be an important one.

RELATED: What will the Warriors look like next season?

He signed a four-year max deal with the Warriors, coming off his best season to date.

Drafted No. 2 overall by the Los Angeles Lakers in 2015, expectations for Russell were high, but it wasn't until this past year that we saw his talent come to fruition on the Brooklyn Nets, who made the playoffs for the first time since 2015.

Russell also made the All-Star team and averaged about 21 points per game - Scoring that will be in high demand for the Dubs as they begin the Chase Center era.

Will he be a long-term player, or a temporary solution to a depleted roster? That remains TBD.