There is nothing like a good hamburger, on Wednesday a San Francisco restaurant unveiled a new burger, but this one has no beef, but bleeds like a real burger.

SAN FRANCISCO (KGO) -- There is nothing like a good hamburger, on Wednesday a San Francisco restaurant unveiled a new burger, but this one has no beef, but it bleeds like a real burger.

"It's a very hard thing to do, but it's doable," said Patrick Brown of Impossible Foods.

The burger is the brainchild of former Stanford professor Patrick Brown. He created Impossible Foods, which recently showed off the fruits of their labor.

"We didn't just slap together a bunch of bits and pieces from plants and call it a burger, we did the deep research to understand what makes a burger so delicious," said Brown.

Inside Impossible Foods' test kitchen, they mix together carefully chosen ingredients to make the "meat" patty. They picked apart a beef burger, studying everything from the texture, to the smell, even how it cooks, to get it just right.

The secret ingredient to making it red is heme. The blood-like liquid made from a soybean gene injected into yeast. That yeast is fermented into heme, allowing the patty to look, and cook, like a beef burger.

"It cooks just like meat, the only difference is that it gets a little bit crisper on the outside, but that's really the only difference," said Traci Des Jardins. She is the owner of Jardiniere, one of three restaurants on the West Coast that will start serving this new burger Thursday.

The burger has more protein, less fat and fewer calories than a lean beef patty and no cholesterol. It also is more environmentally friendly.

"Diet can play a major role, and it is an opportunity for Americans to make small changes in what they eat to have a big reduction in our environmental impact," said Emily Cassidy, with the Environmental Working Group.

Judging by the response, the new burger might just be the answer some people are looking for.

"I have that little tingly sensation right here when I eat it. It's crave-able, that's a good word I think for this burger, it's craveable," said Chris Cosentino, chef and co-owner of Cockscomb.

You can't get the burger just anywhere yet. The chefs at Jardiniere and Cockscomb will be the only one to have this new burger on their menu. 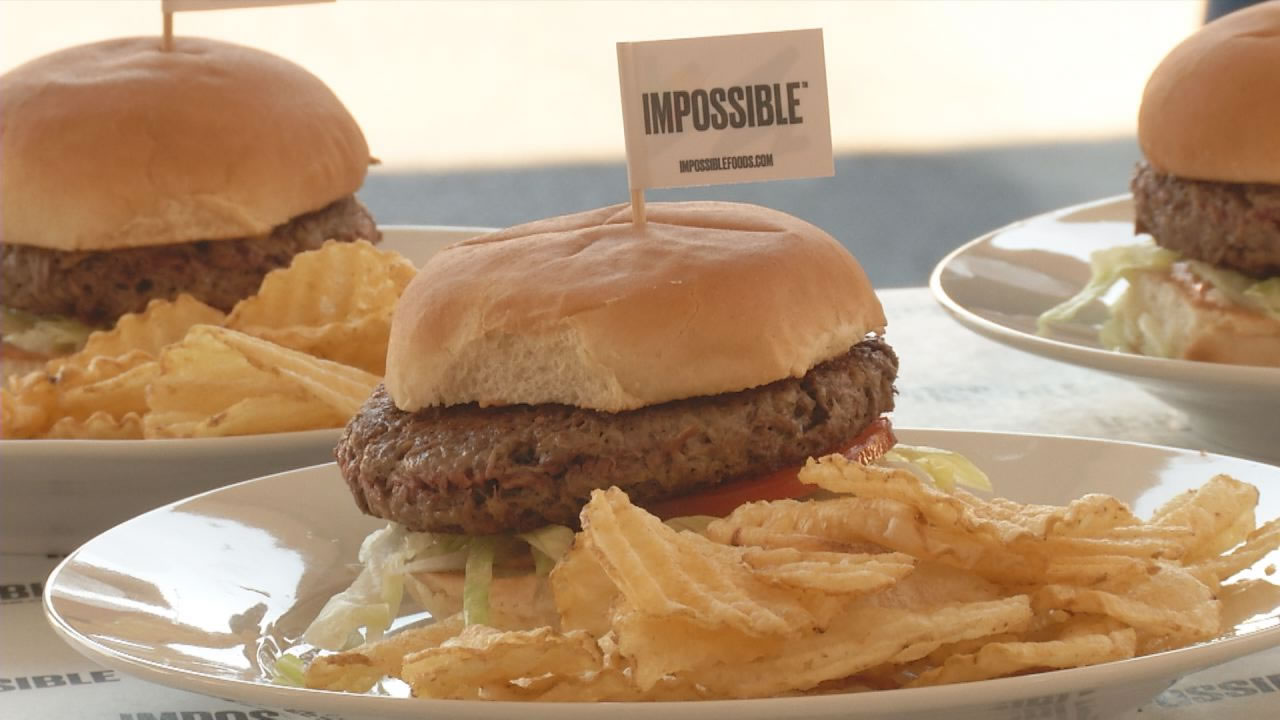