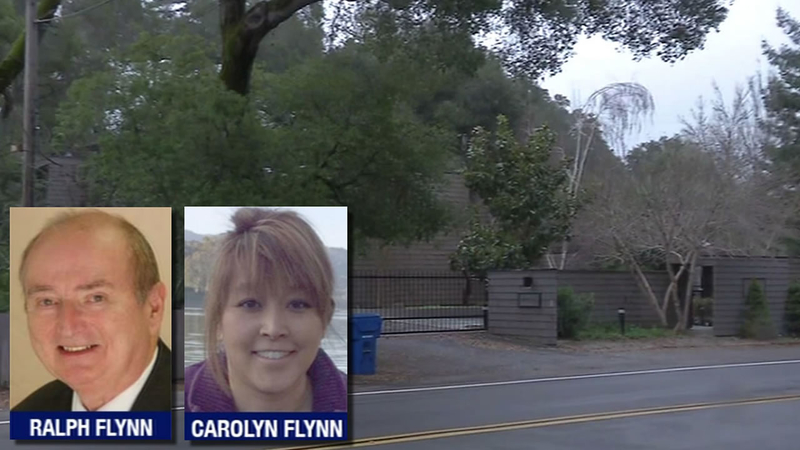 SAN JOSE, Calif. (KGO) -- A Los Gatos couple is accused of sexually abusing their adopted son and in an exclusive investigation, ABC7 I-Team reporter Dan Noyes has learned the Santa Clara County Sheriff's Office failed to pursue the case when the first complaint came in three years ago.

Ralph Flynn, 71, is a direct marketing executive who said in his online bio he met famous musicians Joan Baez, Phil Ochs, Joni Mitchell, Jose Feliciano and Bob Dylan when he worked at the famous Unicorn Coffee House while attending college in Boston.

Carolyn, 47, is a major account executive at a high-tech firm. She is free on $525,000 bail, but her husband is being held at Santa Clara County's Elmwood Jail. His bail was set at $2.5 million.

The couple's lawyer says they will both plead not guilty at a court hearing in San Jose on Wednesday.

Attorney Steve Nakano tells ABC7 News, "Everybody is presumed innocent at this point and I think it's based upon these charges especially, it's difficult for anybody hearing the charges to presume innocence, but the system must."

According to court documents, the couple's son told law enforcement Ralph started sexually abusing him shortly after he arrived from Russia at the age of 9. He told an investigator Carolyn Flynn joined in when he was 15.

The Flynns' son also told police his adopted father would sometimes abuse him inside a Rolls Royce, owned by Ralph, while it was parked in the couple's garage when there were other people at the family's Los Gatos house.

Records show Ralph allegedly admitted to sheriff's investigators he abused the boy and he confessed to molesting another adopted son who is now an adult living on the East Coast.

Noyes asked the couple's attorney what impact those admissions have on the case.

"I think that makes the case all the more complex. I don't know whether the district attorney intends to call that son as a witness," Nakano said.

The I-Team has learned the Santa Clara Sheriff's Department had received a complaint about the Flynns in 2012, but did not pursue an investigation fully. High-level sources inside the sheriff's department say they are frustrated about how the original allegation was mishandled more than three years ago.

A psychologist, who is mandated by law to report allegations or evidence of child sexual abuse, called the sheriff's department after the adopted boy told him, "Ralph Flynn and Carolyn Flynn had been sexually abusing [him] since they adopted him from Russia 10 years ago and the victim had a recording of Ralph... attempting to bribe him for a sex act."

A sheriff's department investigator concluded, "I am requesting the detective bureau conduct follow up." But somehow, that investigation in 2012 fizzled and that concerned child welfare advocates in the South Bay.

"One of the things that concerns all of us in the child protection field is making sure that the abuse stopped when we catch it," said Roxanna Alavi of Legal Advocates for Children and Youth.

Santa Clara County Sheriff Laurie Smith refused to be interviewed about the case, but released a statement saying, "We will examine how this initial report was handled."

Sources close to the investigation tell the I-Team the detective who got the complaint in 2012 was overwhelmed with his caseload, which included the Sierra LaMar murder.