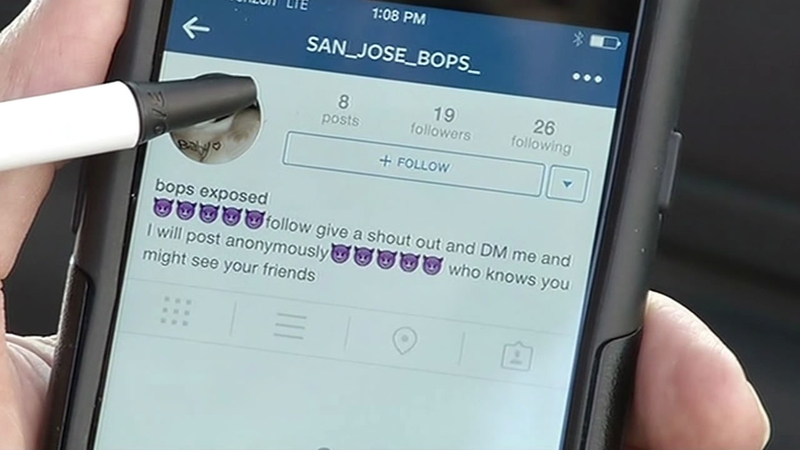 SAN JOSE, Calif. (KGO) -- San Jose police have picked up a 17-year-old high school student for allegedly soliciting nude pictures of underage girls. This occurred at Lincoln High in San Jose, where some of the pictures were distributed through Instagram.

This is more serious than initially thought. It appears Lincoln High is not the only school in San Jose connected to Instagram accounts used to share very inappropriate images.

There are at least 10 usernames on Instagram with the words "San Jose bops," each soliciting nude pictures of young girls at several San Jose high schools.

"Bop" is an urban term for a woman who has many casual sexual partners.

"Whether they have students who are victims or not, these schools are communicating with parents and letting them know this investigation is taking place," SJUSD's Jorge Quintana said.

This all began on Monday. Lincoln High School officials notified police after a student complained.

"Was I shocked? I was shocked and knew a couple of the girls that were focused on there," parent Tisha Sanchez said.

"If that happened, it's so bad," another teacher said. Because the girls are minors, it's considered child pornography -- a felony.

"There are consequences on that behavior on social media, so it was important for us to make parents aware of that," Quintana said.

Instagram did not return our calls or emails. Despite the severity of the matter with potential victims out there, San Jose police also kept silent on Tuesday.