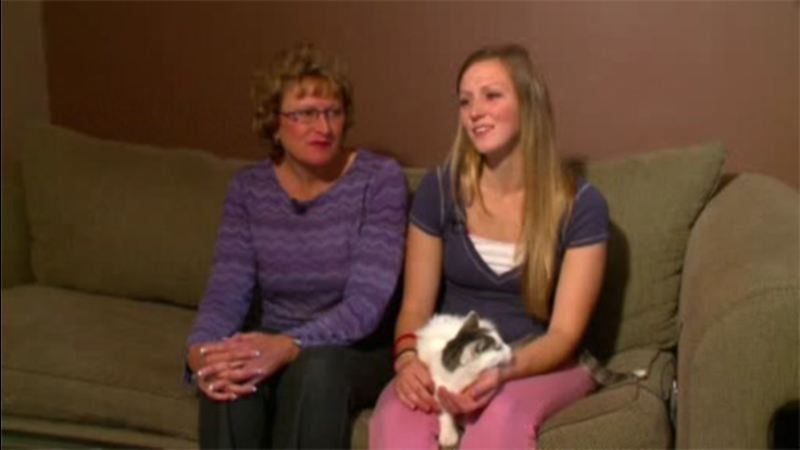 DES MOINES, Iowa -- You know those ID chips you have implanted in your pet? Well, they come in handy. Recently, one of them helped reunited a girl with a cat she lost 14 years ago. Needless to say, they have a lot of catching up to do.

Fourteen years later, there was an unexpected reunion.

Jill Petticord muses that she didn't even think it was a possibility that she was ever going to see her cat again.

The Iowa woman received Ralph as a Christmas present from the Animal Rescue League of Iowa in 1998.


"She carried him around, she did absolutely everything with Ralph," said her mother, Rita Korn.

Ralph disappeared in 2001 and it was difficult to replace him.

"I had a German shepherd and a cat, but none of them were Ralph," said Petticord.

Now all grown up, Petticord has a son and Ralph was a distant memory; that is, until the ARL notified Korn of their findings last week.

Korn showed up as the owner through a microchip Ralph received when he was adopted.

So she sent her daughter to the compound in disbelief.

"He looked at me and kind of turned his head sideways and his eyes perked up," Petticord said. "And I said, 'Oh my gosh, that's my kitty!'"

Ralph is now home and Petticord is working to get him healthy again. He lost weight and fur because he was a stray for so many years.