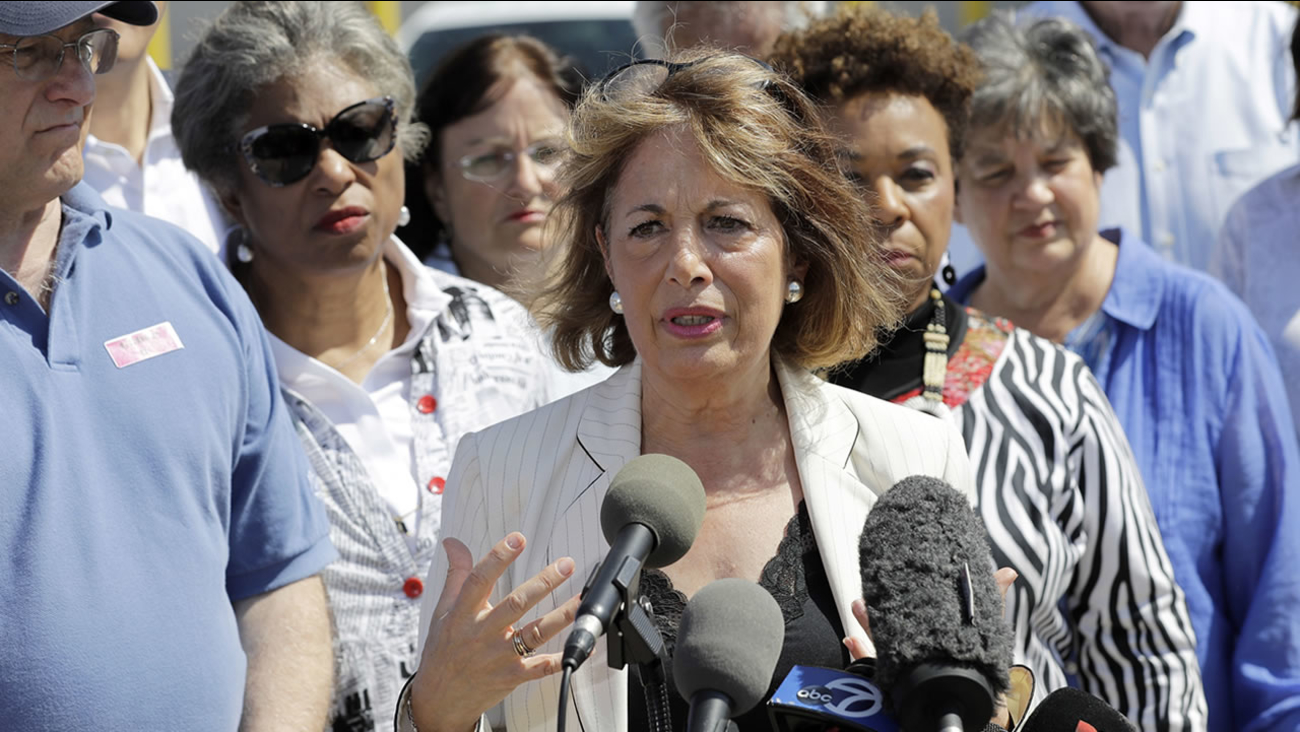 Rep. Jackie Speier, D-Calif., center, is joined by other members of Congress as she speaks after the group toured a detention center on June 23, 2018, in McAllen, Texas. (AP Photo/David J. Phillip)

SAN FRANCISCO -- U.S. Rep. Jackie Speier (D-San Francisco/San Mateo), will undergo surgery on Thursday and will not be present for votes in Congress for the next two weeks as she recovers at home, her office announced today.

Speier's office did not specify the nature of the surgery that the congresswoman is scheduled to have.

Speier has represented California's 14th Congressional District, spanning from the southern portion of San Francisco down to East Palo Alto in San Mateo County, since 2008.