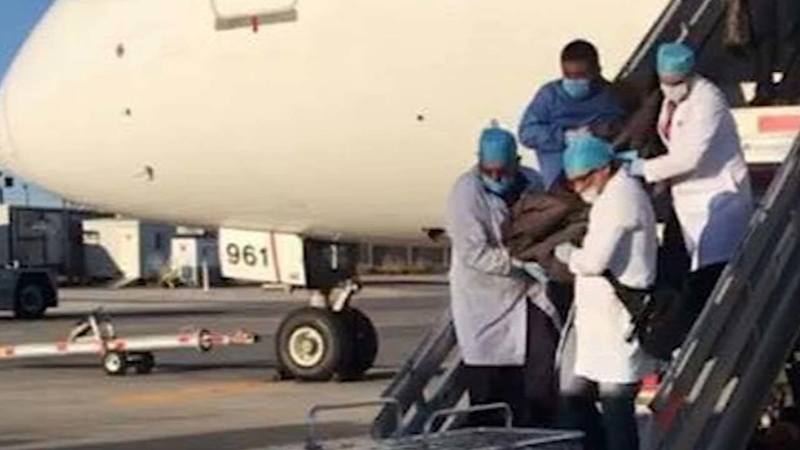 Man dies on plane after ingesting 246 packets of cocaine

A Japanese man died on an Aeromexico flight last week after he swallowed 246 packets of cocaine.

Crews noticed the passenger having seizures mid-flight in the early hours of Friday.

"Staff noticed that a person was suffering from seizures, so they requested to make an emergency landing in this city, Hermosillo," according to a statement issued by the Office of the Attorney General of the State of Sonora.

His body was removed from the plane and the flight continued as scheduled to Japan.

Cocaine packets were later found in his stomach and intestines. An autopsy revealed the cause of death was brain swelling from cocaine overdose.

He was identified by authorities only as Udo N. Authorities said he traveled to Mexico's capital from Bogota, Colombia.