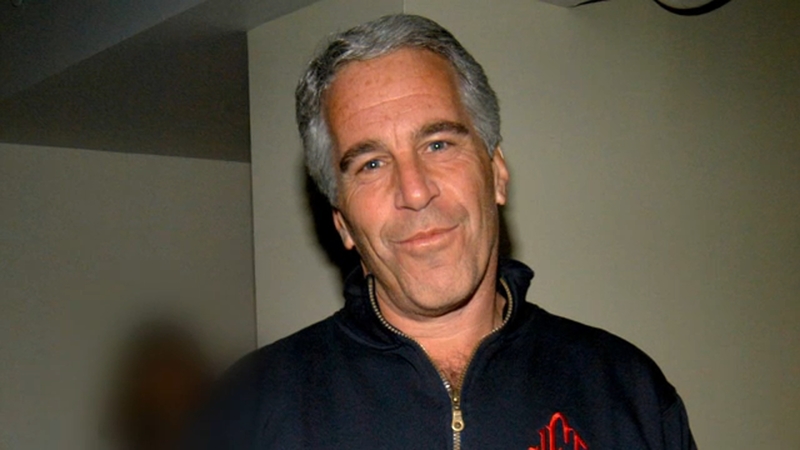 NEW YORK -- Billionaire financier and accused sex trafficker Jeffrey Epstein was found earlier this week unresponsive in his cell at the Metropolitan Correctional Center in Manhattan in what appears to be a possible suicide attempt, according to a law enforcement official briefed on the situation.

Epstein was found with marks on his neck that appeared to be self-inflicted, the source told ABC News.

He was medically evaluated and then returned to his cell at MCC, where he is being held without bail.

According to the source, the Bureau of Prisons is investigating the episode as a possible suicide attempt by the 66-year-old Epstein, who has pleaded not guilty to charges of sex trafficking and sex trafficking conspiracy.

Per the source, Epstein is now on suicide watch.

There has been no comment from the US Attorney's Office for the Southern District of New York, which is prosecuting Epstein's sex trafficking case.

Even though the wounds may be self-inflicted, sources said the Bureau of Prisons is expanding its investigation to include a range of possibilities.

Investigators will work to determine whether Epstein tried to kill himself, if he tried to make it look like an attempted suicide, if he was assaulted, or if he paid another inmate to beat him up.

When Epstein was revived, according to one source, he claimed not to remember what happened. Epstein's cellmate told investigators he did not know what happened because he was wearing headphones.

The MCC is famous for stringent security and high-profile prisoners, which have included terrorists, Wall Street schemers and, until recently, the Mexican drug lord Joaquin "El Chapo" Guzman.

Epstein has been accused of sexually abusing dozens of underage girls in the early 2000s. He has pleaded not guilty.

A judge denied bail to Epstein after a hearing last week, ruling that he might flee the country if he was released. The judge also said Epstein posed a danger to the public because of his "uncontrollable" urges to engage in sexual conduct with underage girls.

Epstein pleaded guilty in Florida in 2008 to soliciting a minor for prostitution in a deal that ended a federal investigation involving many teenage girls who said they had been sexually abused.

He was sentenced to 13 months in jail but was allowed to leave the county stockade on most days and spend the day in his private office. After his release, he registered as a sex offender.

Federal prosecutors in New York reopened the probe after investigative reports in the Miami Herald sparked outrage over the original plea bargain.

Epstein was indicted on new federal charges this month. Epstein's lawyers say he hasn't had any illicit contact with underage girls since serving his jail sentence in Florida. They also say the current charges are improper because the federal government is reneging on the deal not to prosecute him.

U.S. Labor Secretary Alexander Acosta resigned after coming under renewed criticism for overseeing that deal when he was U.S. attorney in Miami.