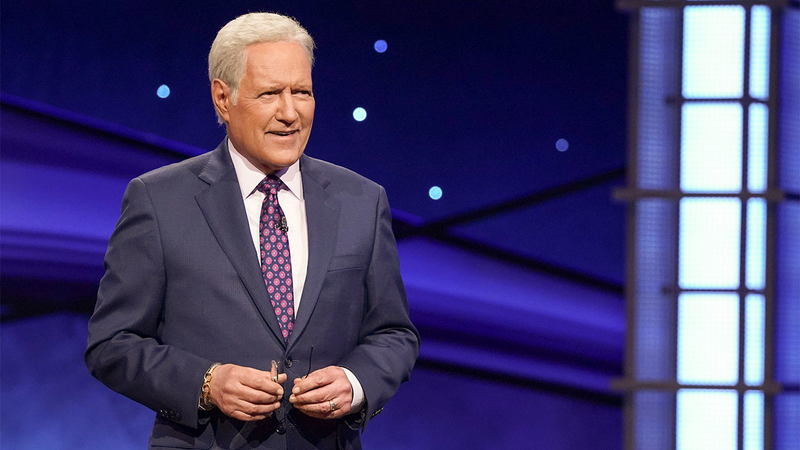 LOS ANGELES -- "Jeopardy!" is returning with all-new episodes on Monday, Sept. 14, and a socially distanced set, a new casting process and a new role for one of the show's most well-known contestants.

"I feel good, and I feel excited because once again 'Jeopardy!' has demonstrated that it's at the forefront of television programming," Trebek said in a news release. "I believe we are the first quiz show to come back on the air in the COVID-19 era. On a personal level, I'm excited because it gets me out of the house. It gives me something to do on a regular basis, and I was missing that."

Ken Jennings, a 74-time champion and recently crowned "Jeopardy!" GOAT (Greatest Of All Time), will join the production this season as a consulting producer. The show says Jennings will "present his own special video categories, develop projects, assist with contestant outreach, and serve as a general ambassador for the show."

Jennings' first video category will air on Tuesday, Sept. 15, in the second episode of new season.

"Though I've played my last round of 'Jeopardy!' as a contestant, I'm delighted to have the opportunity to remain involved with my favorite show," Jennings said. "I'm still in on all the action, but I don't have to worry about phrasing things in the form of a question anymore."

Other changes to the new season include more space between the contestant lecterns and Trebek as well as upgraded health and safety protocols to keep the cast and production crew safe. Casting for this season is now entirely virtual, starting with the Anytime Test on the show's website that could lead to a Zoom interview for lucky "Jeopardy!" hopefuls.

Don't miss the season 37 premiere of "Jeopardy!" on Monday, Sept. 14, on this ABC station. Click here to check your local listings.