Jeremih shares details of fight for life against COVID-19, new album with Chance The Rapper

R&B singer's exclusive interview about his recovery, his new projects with Chance the Rapper, and his hopes for the future
KGO
By Samantha Chatman 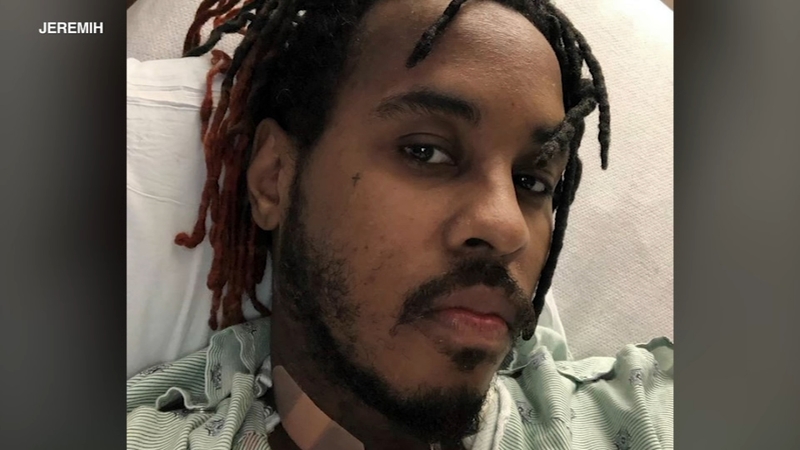 Jeremih shares details of fight for his life against COVID-19

CHICAGO -- After his weeks-long battle with COVID-19, R&B singer Jeremih is opening up about the fight of his life for the first time on camera.

The Chicago native said in his 33 years of living, he had never once been treated in the hospital and considered himself to be very healthy. But everything changed in November, when he was placed in ICU due to COVID-19. He said he wasn't sure when, and at times if, he would make it out alive.

A Grammy-nominated singer, producer and artist, Jeremih is used to making headlines for his songs and talent, not for his health, and certainly not because he was fighting for his life against COVID-19.

See the full interview with Samantha Chatman, Jeremih and Chance the Rapper.

Jeremih said days before he was hospitalized, he realized something about his body felt off.

"Thinking back, I knew I was dehydrated, and I might have thought I had a cold so I was taking NyQuil," he recalled. "It wasn't like I had an immediate reaction to something. I knew something wasn't right."

From there, he said all he can remember was one night waking up in the hospital, unsure of where he was and what had happened.

His diagnosis was complications due to COVID-19, and as a result, his body was suffering from multiple inflammatory syndrome, a condition that causes major organs to become inflamed.

"My heart was beating irregularly. My liver and kidneys were out. I can talk about this now because, thank God, I've made it and I'm still here, but I was on dialysis. I was on things I can only recall my grandparents talking about, to be so young," Jeremih said.

"They kept telling me the numbers weren't getting better," he added. "I'm just like, when did my body get this bad? I've never had any problems with it my whole life, for 33 years! To have everything just shut down, I'm just like, man."

Jeremih said there were times when he thought about giving up. He wasn't sure if he could fight anymore. But he thought about his mother and his two sons and knew he had to keep pushing to survive.

For some people, especially young people, the news that the beloved singer was in ICU with COVID-19 was a wake-up call, helping them realize the virus was real and serious.

"If I had to be the example, I'll take it, because a lot of people might just be taking it for granted, still out partying and amongst their friends. It happened to me and I happen to be one of the few who made it," he said.

The singer said he had to learn how to eat and walk again in therapy.

Now, he says, he feels much better and as he continues to recover he isn't alone; Chance the Rapper has been fighting with him every step of the way.

"This is one of my best friends!" Chance said. "The way that you think about entertainers is like, they're coworkers, this is my actual friend. He knows my family, I know his family. So yeah, we were all affected by it."

The two artists are now back together with a new collaboration, releasing a joint album called "Merry Christmas Lil Mama: The Gift that Keeps on Giving" and a first-of-its-kind holiday concert film called "Chi-Town Christmas."

"The whole project is very much Chicago. The concert was filmed entirely in Chicago, kind of trying to put the Chicago film industry back to work. The Chicago Children's Choir is in the film. Very Chicago production," Chance said.

At a time when so many are unsure of what the future holds, Chance and Jeremih are hoping that their new projects will help restore hope.