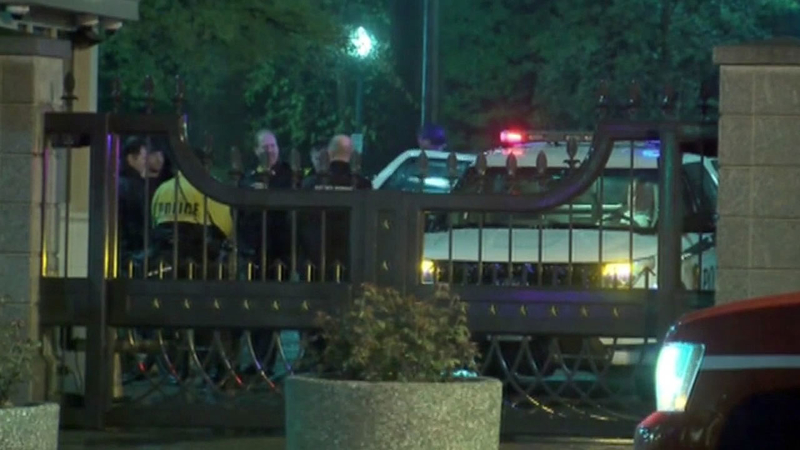 HAYWARD, Calif. (KGO) -- Sunday night, a man from the Bay Area was arrested for scaling the fence at the White House. It turns out the man, who gave Hayward as his home town, has a lengthy criminal history. The I-Team has been looking into it and has exclusive new information.

Jerome Hunt, 54, was released from jail Monday, after being charged with misdemeanor unlawful entry. The I-Team obtained an older picture of him from a prior arrest in 2009. Hunt has been ordered to stay away from the White House, to wear a GPS bracelet and to undergo a mental health evaluation.

Hunt climbed the fence on the back side of the White House at 10:25 p.m. and landed on the South Lawn, where President Barack Obama's helicopter often takes off. He was carrying a red tote bag that police later determined posed no threat. The White House spokesman said on Monday this is the first fence jumper of the year.

Court documents show Hunt was born in Danville, Illinois and lived in the Midwest most his life.

Monday, Hunt told investigators he came to the Bay Area three years ago, and is currently homeless, but receives mail at the First United Methodist Church in Hayward. The pastor has not returned the I-Team's calls.

Hayward's police chief told ABC7 News' Vic Lee the Secret Service has not called her office about the incident, and her officers have had no contact with Hunt.

"A lot of people come and go, this is a very active area. You know, Hayward -- the heart of the bay -- every major freeway in Northern California comes through here, so I don't have I don't have any details about him specifically or what his contacts have been with our organization," Hayward Police Chief Diane Urban said.

Before coming to the Bay Area, database searches show Hunt lived in Peoria, Illinois and had several convictions:


His most serious conviction comes from Macomb, Illinois which was: