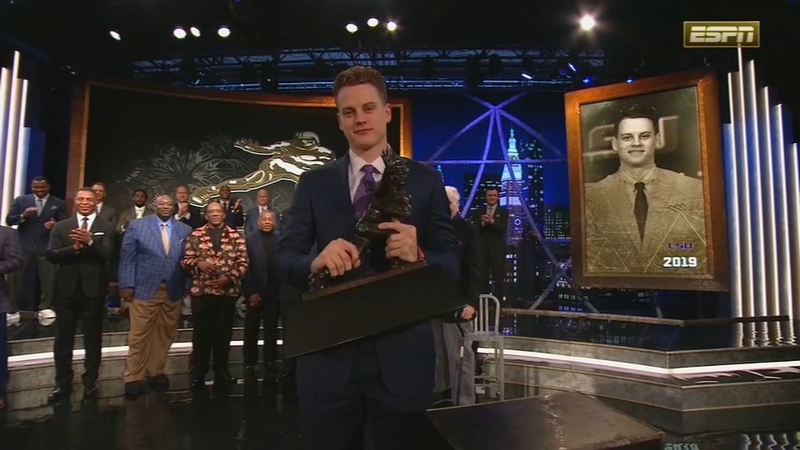 LOUISIANA -- As he did in several games this season, Joe Burrow turned the Heisman Trophy voting into a rout.

The LSU quarterback has won the most prestigious award in college football after throwing for 4,715 yards and an SEC-record 48 touchdowns for the top-ranked Tigers. Burrow received 2,608 points and 841 first-place votes, a record 90.7 percent of all the first-place votes available. He's the first LSU player to win the Heisman Trophy since Billy Cannon in 1959.

Burrow did it after failing to receive significant playing time in three seasons at Ohio State. He transferred to LSU at the end of the 2017 season and threw for over 7,600 yards and 64 TDs as a Tiger.