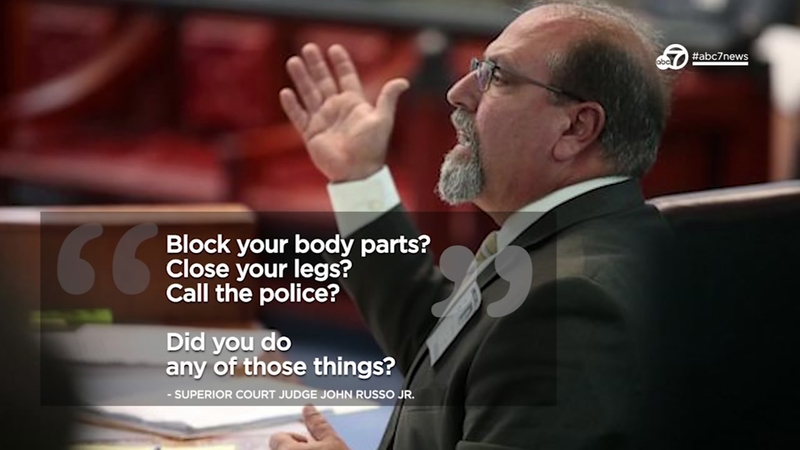 TRENTON, N.J. -- An ethics committee has recommended a three-month, unpaid suspension for a New Jersey judge who told a woman she could "close your legs" to prevent a sexual assault.

The committee released its recommendation Wednesday in the case of Superior Court Judge John Russo.

The woman appeared before Russo in 2016 seeking a restraining order against a man she said sexually assaulted her. Russo responded with the comment about closing her legs.

ABC News provided a transcript of how the dialogue in court unfolded:

"Do you know how to stop somebody from having intercourse with you?" Russo asked. "How would you do that?"

Russo continued to press her, asking "Run away, get away. Anything else?"

"Block your body parts? Close your legs? Call the police? Did you do any of those things?" the judge asked.

In court filings and at a hearing, Russo has disputed that he violated judicial rules, saying he was seeking more information and wasn't trying to humiliate the woman.

Russo has been on administrative leave since 2017. A final hearing will be held in July.