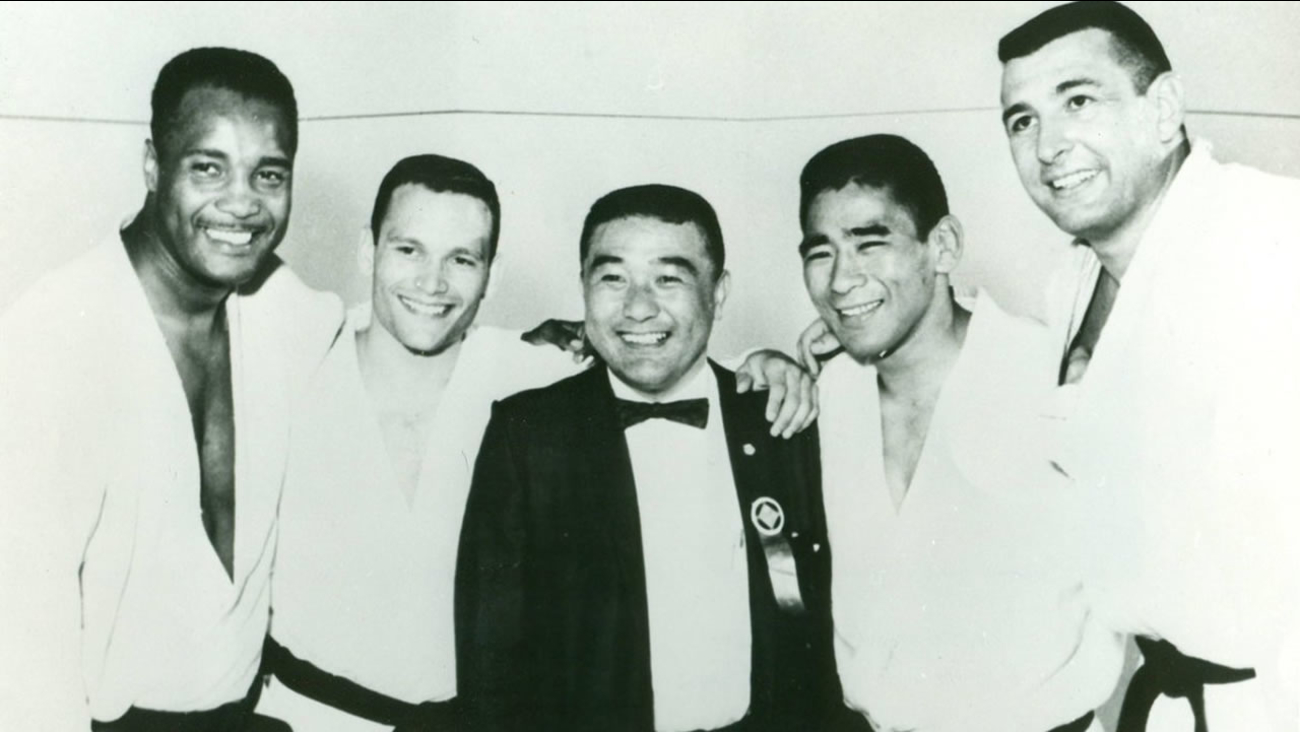 This image shows Yoshihiro Uchida and the 1964 Olympic Judo team in Tokyo. (KGO-TV)

SAN JOSE, Calif. (KGO) -- Some lovingly refer to him as the "big man on campus" at San Jose State, but as one of the university's most recognizable figures, it's easy to understand why Yoshihiro Uchida has commanded the respect of staff and students for decades.

On Thursday afternoon, the legendary judo coach will be recognized by university officials for 70 years of service. The 98-year-old started the SJSU judo program in 1946 and was responsible for turning it into a collegiate powerhouse.

"It's hard to put into words," said current SJSU judo team member April Fehr. "He's a legend. Everyone in the judo community knows him."

Uchida has inspired thousands of athletes throughout his career. The hall on campus bearing his name is also home to the SJSU judo team's dojo. He's a constant fixture on the mat and attends practice every night providing wisdom and knowledge that's been invaluable to his students.

"Persist, that's all he cares about," said Fehr. "Do well in life, not just judo."

Uchida is also credited with leading the efforts to make judo an Olympic sport and served as coach of the U.S. Olympic Judo Team at the Tokyo Games in 1964. He hopes to make it back to the Olympics when the games return to Tokyo in 2020.