KABC
By ABC7.com staff and Vania Stuelp
LOS ANGELES -- A jury recommended that Isauro Aguirre, convicted of the torture and murder of an 8-year-old Palmdale boy, be sentenced to death on Wednesday.

Last month, Aguirre was found guilty of first-degree murder in the death of his girlfriend's 8-year-old son, Gabriel Fernandez.

Jurors then had a choice between recommending life in prison or the death penalty.

Deliberations in the penalty phase began Monday and jurors gave notice they had reached a recommendation by Wednesday afternoon.

The official sentencing by the judge is scheduled for March.

During trial, prosecutors presented a long history of abuse against the boy committed by Aguirre and allegedly by the boy's mother, Pearl Fernandez.

That included shooting him with a BB gun, feeding him cat feces and forcing him to sleep while gagged and bound inside a small cabinet.

Gabriel died in May 2013.
Pearl Fernandez is to be tried separately.

CORRECTION: This story has been updated to reflect that the jury has recommended the death penalty, while the actual sentencing will take place in March.
Report a correction or typo
Related topics:
los angeleschild abusetorturecrimemurdersentencingabusechild deathsouthern californiacourt case
Copyright © 2021 KABC-TV. All Rights Reserved.
RELATED 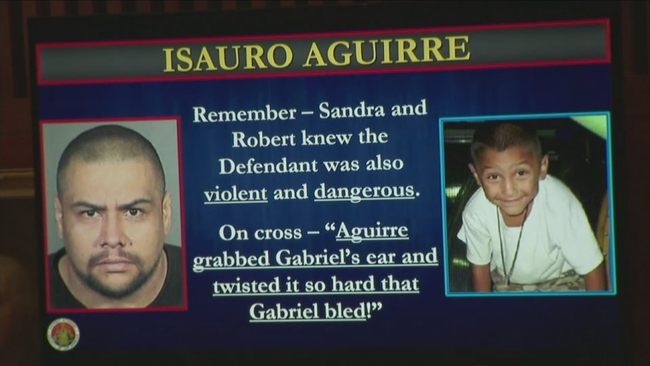 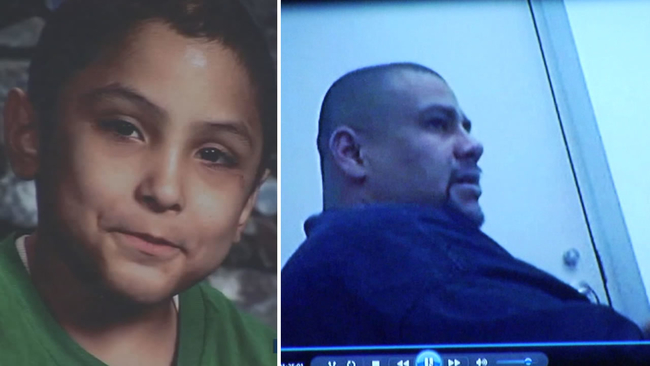 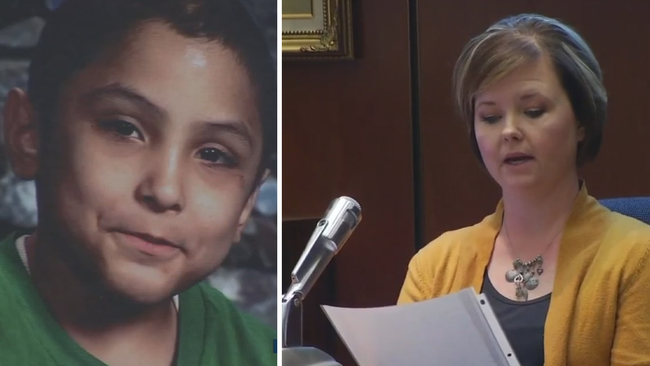