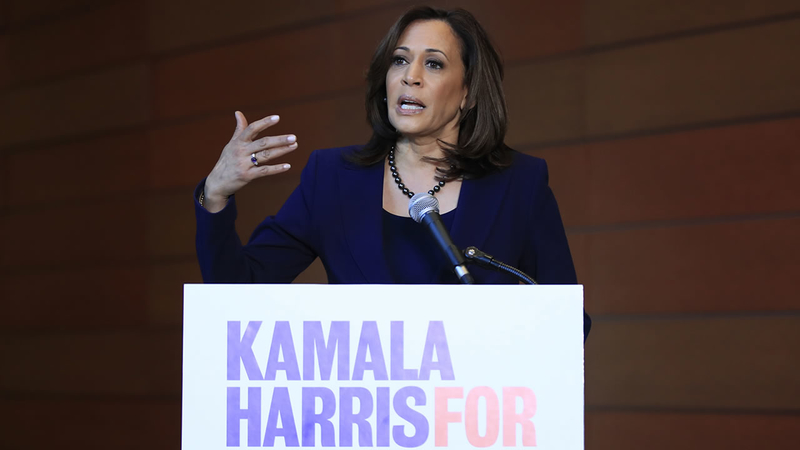 SAN FRANCISCO (KGO) -- Senator Kamala Harris announced on Good Morning America this morning that she is running for president.

She then followed up with an ad she posted on Twitter.


I'm running for president. Let's do this together. Join us: https://t.co/9KwgFlgZHA pic.twitter.com/otf2ez7t1p

Harris appeared on The View earlier this month and said that, at the time, she was not yet ready to announce a campaign, explaining that a presidential run is something that affects the candidate's whole family. Yet her announcement this morning that she is running was not met with surprise.

RELATED: Senator Harris announces she is running for president in 2020

"I'm telling you, this is a formidable candidate," said former San Francisco Mayor Willie Brown. ABC7 News caught up with him at the Martin Luther King Jr. breakfast at the Marriott hotel. Some in the crowd told us they are worried Harris isn't experienced enough yet to run for president. But Brown says he plans to vote for her and he thinks the rest of America will embrace her too.

"She has been clever with how she laid out the prospect. She went to Colbert, to MSNBC, then made the real announcement on ABC. How can you command that much attention with the supposed 'lack of resources'? It is incredible," Brown said.

But not everyone feels confident about her shot at the job.

"I think her chances of being president are as much as mine. I just don't see it," said Howard Epstein, the Vice Chair of Communications of the Republican Party.

He says just because she was successful here doesn't mean she is meant to be president.

"She plays well in San Francisco, but it is a very liberal city and she is a liberal person. When she gets to the heartland and out of California, she isn't going to play well," said Epstein.

ABC's George Stephanopoulos asked the first term senator what makes her qualified to be president.

"I love my country and this is a moment in time that I feel a sense of responsibility to stand up and fight for the best of who we are," said Senator Harris.

She plans to hold a public rally in Oakland's Frank Ogawa Plaza this Sunday at noon.