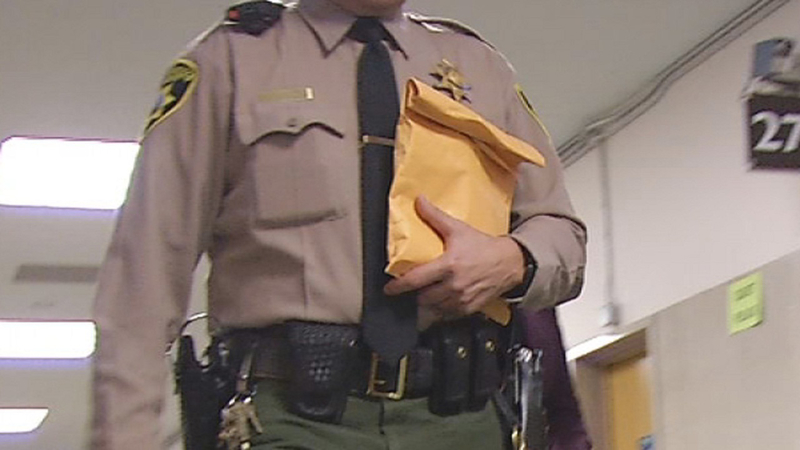 SAN FRANCISCO (KGO) -- The jury in the Kate Steinle murder trial went into the courtroom this morning over questions about the gun used in the shooting.

The defense asked the jury to ask the judge to be allowed to hold the gun and pull the trigger. But during instructions, the judge made it very clear to the jury that they would not be allowed to "experiment" with any of the evidence.

Today is the sixth day of jury deliberations. The jury is deciding whether Jose Ines Garcia Zarate meant to shoot her in 2015 or if they believe his claim that the shooting was accidental.

Every little detail, every person who walks in out of that courtroom is scrutinized to figure out where the jury could be in their decision-making process.

There is still no sign of a verdict at this time.

Jurors are trying to decide the fate of Garcia Zarate, a 45-year-old homeless undocumented immigrant. They can convict him of first or second-degree murder, involuntary manslaughter or of course they can find him not guilty. Another option is a hung jury.

"A judge will generally try to assist the jury in reaching the verdict and there are instructions that the judge will give the jury if it indicates that it is unable to reach a verdict," legal analyst John Creighton said.

Garcia Zarate is accused of killing Steinle as she was walking with her father two years ago along Pier 14. Officials said she was shot in the back and killed.

Garcia Zarate said he just picked a gun up off the ground that he found and then it went off accidentally, but prosecutors believe he aimed and fired it on purpose.

The jurors began deliberating last week but took a break for Thanksgiving.