The criminal case against a Mexican man accused of killing a woman on a crowded San Francisco pier is coming to a close more than two years after setting off a national firestorm over immigration.

SAN FRANCISCO -- The criminal case against a Mexican man accused of killing a woman on a crowded San Francisco pier is coming to a close more than two years after setting off a national firestorm over immigration.

Jurors went home midday Wednesday without reaching a verdict and will resume deliberations Monday after the long holiday weekend. They must decide whether Jose Ines Garcia Zarate was a hapless homeless man who killed Kate Steinle in a freak accident or a calculated murderer playing a sick game.

Steinle was walking with her father and a family friend in July 2015 when she was shot, collapsing into her father's arms. Garcia Zarate had been released from the San Francisco jail about three months before the shooting, despite a request by federal immigration authorities to detain him for deportation.

He had been deported five times and was wanted for a sixth deportation.

Steinle's death put San Francisco's "sanctuary city" policy in the spotlight, as Democrats and Republicans lashed out at city officials for refusing to cooperate with federal deportation efforts.

During the presidential race, then-candidate Donald Trump cited the killing as a reason to toughen U.S. immigration policies. Trump later signed an executive order to cut funding from cities that limit cooperation with U.S. immigration authorities, a policy that a federal judge in San Francisco permanently blocked Monday.

But the politics of immigration were not allowed to come up in the monthlong trial.

San Francisco Deputy District Attorney Diana Garcia said in her closing rebuttal Tuesday that she didn't know why Garcia Zarate fired the weapon, but he created a risk of death by bringing the firearm to the pier that day and twirling around on a chair for at least 20 minutes before he fired.

She said he then ran away while other people tried to figure out what had happened. The bullet ricocheted on the pier's concrete walkway before it struck Steinle.

"He did kill someone. He took the life of a young, vibrant, beautiful, cherished woman by the name of Kate Steinle," she said.

Defense attorney Matt Gonzalez said in his closing remarks Tuesday that he knows it's difficult to believe Garcia Zarate found an object that turned out to be a weapon that fired when he picked it up.

But he told jurors that Garcia Zarate had no motivation to kill Steinle and as awful as her death was, "nothing you do is going to fix that."

He urged jurors, who received the case Tuesday, to pick apart the facts of the case, instead of swallowing a ludicrous narrative by the prosecution that relied on circumstantial evidence. Garcia called the defense's argument just as implausible and told the jury to look at the entire picture.

The semi-automatic handgun used to kill Steinle was stolen from a federal Bureau of Land Management ranger a week before the shooting.

Before the shooting, Garcia Zarate had finished a federal prison sentence for illegal re-entry into the United States and was transferred in March 2015 to San Francisco's jail to face a 20-year-old charge for selling marijuana.

The sheriff's department released him a few days later after the district attorney dropped the marijuana charge, despite a request from federal immigration officials to detain him for deportation. 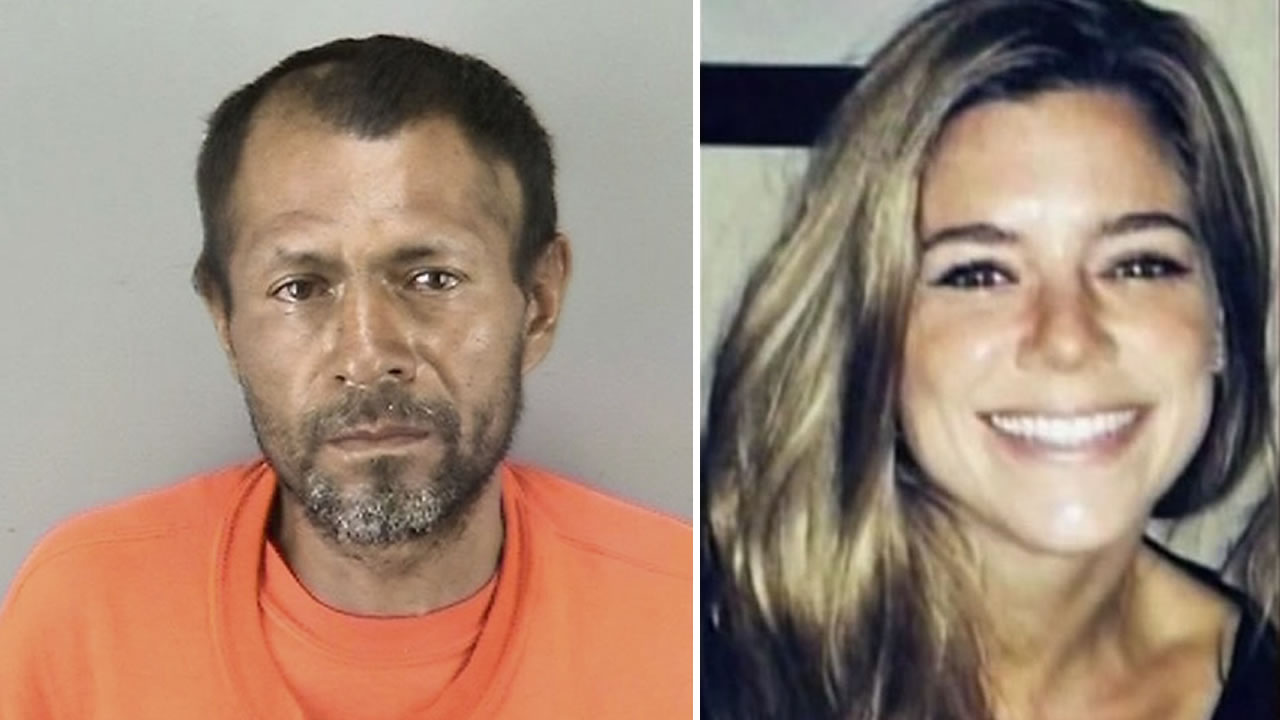