What's next for the man acquitted in the death of Kate Steinle? 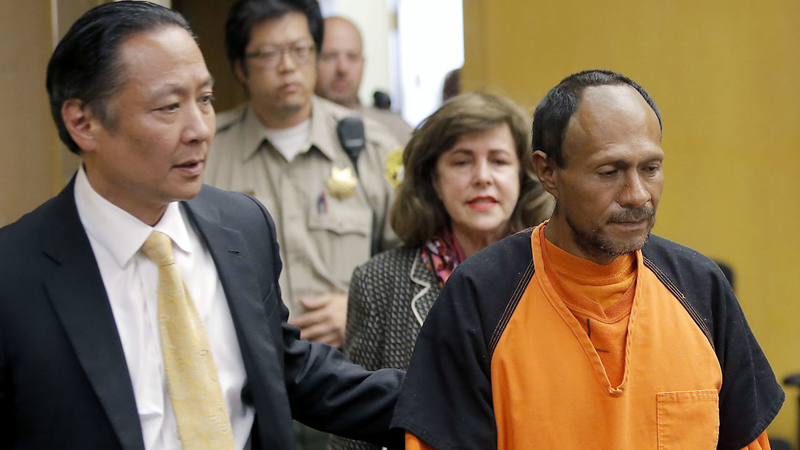 What's next for the man acquitted in the death of Kate Steinle?

SAN FRANCISCO (KGO) -- A man accused of fatally shooting a woman named Kate Steinle on a San Francisco pier in 2015 was acquitted Thursday of murder, but found guilty of possessing a gun.

It was a verdict that surprised a lot of people.

He may not serve that sentence because of time already spent in jail, but Jose Ines Garcia Zarate now faces the federal government.

Before being transferred to San Francisco to face drug charges, Garcia Zarate had been detained in Texas for illegally re-entering the United States. Then, on July 14, 2015 - 14 days after he confessed to shooting Steinle -- a U.S. District Court in Texas issued a warrant for his arrest.

And Friday, less than 24 hours after the verdict that same court again asked he be turned over to the U.S. Marshal. That request was sent to the sheriff's office in San Francisco, which said it would notify the U.S. Marshal, pursuant to the federal criminal warrant, once Garcia Zarate is eligible for release.
EXCLUSIVE VIDEO: Man accused in San Francisco Pier 14 shooting admits to shooting

So, what charges could Garcia Zarate face? According to immigration law, because he illegally re-entered the United States five times, he faces 10 years in a federal prison.

Because he was found guilty of possessing the gun that killed Steinle, Garcia Zarate also could get a penalty enhancement of 10 more years.

In other words, it could be years before he's deported.

On Thursday night, U.S.Immigration and Customs Enforcement sent out an administrative order asking to hand over Garcia Zarate for deportation to Mexico. However, that would only happen if and after he serves time in a federal prison.