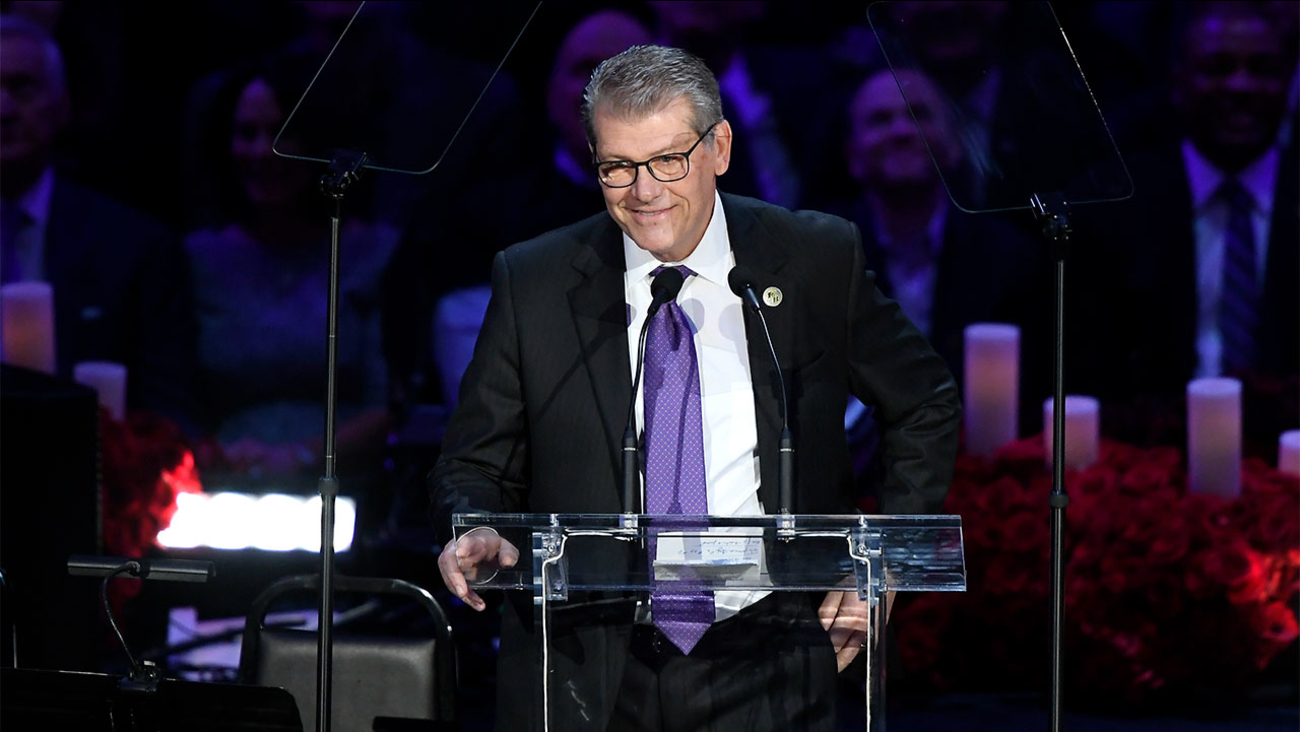 LOS ANGELES -- During Monday's celebration of life honoring Kobe and Gianna Bryant, University of Connecticut women's basketball coach Geno Auriemma described to the Staples Center audience the excitement that 13-year-old Gianna showed while visiting UConn, where she had hoped to one day play basketball.

"I remember the very first game she came to, and she came into the locker room," Auriemma recalled. "Here she is, and the look on her face -- the smile, the way her eyes just took everything in, how excited she was to be around, in her mind, royalty."

"It's ironic," he said. "Her father is royalty, and she's excited to be around royalty that looks just like what she wants to be."

"In today's day and age, that's a hell of a thing for parents to be able to do," Auriemma added.

Bryant and Gianna were killed along with seven others in a helicopter crash last month while they headed to a basketball tournament that the teen was going to play in.

The memorial event began with a performance by Beyonce. Bryant's widow, Vanessa, brought tears to people's eyes as she spoke, giving an intimate portrait of her husband and daughter.