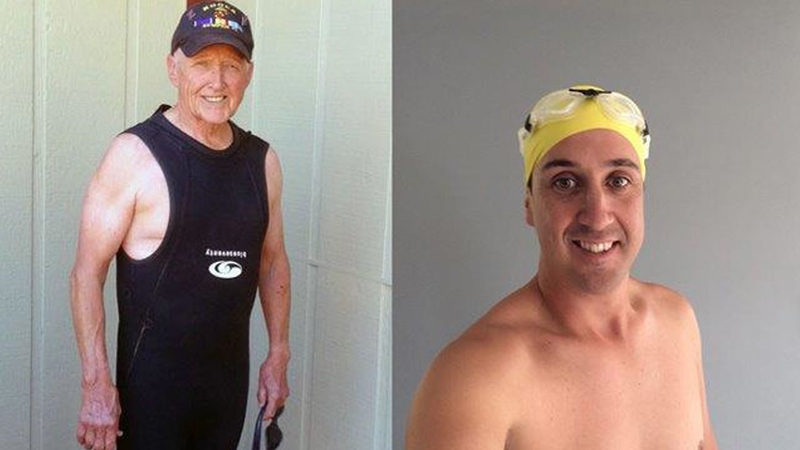 War vet to swim to Alcatraz to raise money for memorial

SANTA ROSA, Calif. (KGO) -- An 81-year-old Korean War veteran is making a big push to raise money for a local war memorial by making the one and a quarter mile swim from Alcatraz to San Francisco in the 19th annual Alcatraz Invitational on Sunday.

Wally Stewart got in some final training laps at the Finley Aquatic Center in Santa Rosa Thursday morning.

Stewart fought in Korea from 1952 until 1953 and is part of a group trying to build a permanent Korean War memorial in San Francisco's Presidio.

The one and a quarter-mile Alcatraz swim is the day before the 64th anniversary of the Inchon Landing, a fierce battle in which U.N. forces, mostly American troops, had to land on the beach and fight their way up a sea wall.

"Those guys lingered in the forgotten war for a long time, and I'd like to bring it to the front. They really put body and soul on the line and did what had to be done," Stewart said.

The race starts in the water near the island and ends at the South End Rowing Club at Hyde Street Pier.

In the water with him will be his grandson, Tom Farrar.

Stewart made the swim five times in the '70s and '80s and knows he's in for a serious challenge.

"It depends on the weather," he said.