With plenty of sleek, cutting edge cars to choose from, here are our picks for hottest reveals from the 2014 Los Angeles Auto Show. (ABC Owned Television Stations)

The 2014 Los Angeles Auto Show featured an impressive 60 new vehicles this year, with about half of those being first time reveals. For car enthusiasts yearning for the next big thing, strolling through auto show was similar to strolling through a candy shop -- treats everywhere. With plenty of favorties to choose from, here are our picks for the top 8 hottest reveals.

Starting off the list is the Maserati Alfieri, a sleek, high performance vehicle named after one of the company's creators. It boasts 460-horsepower and is a glimpse into the future of Maserati design.

The Mercedes Maybach S600 made its stunning debut at the auto show, boasting ultimate luxury. With everything from massage chairs, to a refrigerator in the backseat, to the ability to spray your favorite perfume scent throughout the car, the S600 has just about anything you could ever need, all in one car.

Lexus revealed its new LF-C2 Concept, which had heads turning not only for its spunky color but also its playful and expressive design. Lexus representatives said the concept explores the company Lexus is going to become.

Audi had the most reveals at the auto show but the one that caught our eye was the Audi Prologue Concept. The two-door coupe is long and elegant with a unique design.

The Porsche 911 Carrera GTS was a refreshing combination of sport, comfort and usability and has more of everything, including power. It also has a sweet set of matte black wheels.

Jaguar's Project 7 is both ambitious and impressive. So far, only two exist in the world and it's described as being lighter, louder and faster. By the look, we believe it. The beautiful car also boasts 575 horsepower.

Bentley's new Grand Convertible made its world debut and the car speaks for itself -- luxury and size. Everything in the car's interior is handmade and it boasts 530 horsepower.

By far the hottest reveal of the 2014 Los Angeles Auto Show was the Infinity Q80 Inspiration Concept. The exterior and interior design had jaws dropping the entire day. Inside, the designer used at least seven materials, including bull hide in the front two floor areas.

With so many incredible cars, it's hard to see how the auto show is going to top itself in 2015. But we can't wait to find out!

Check out the gallery below to see more photos of the stunning cars featured in this story. 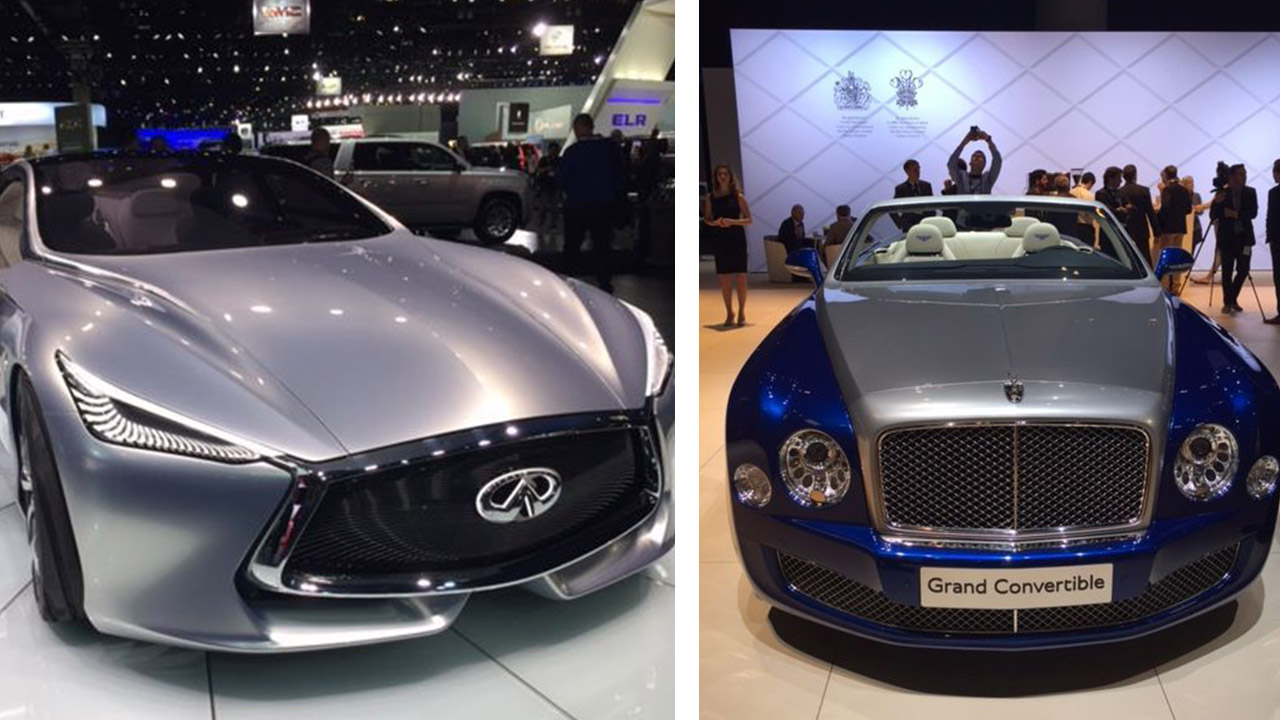