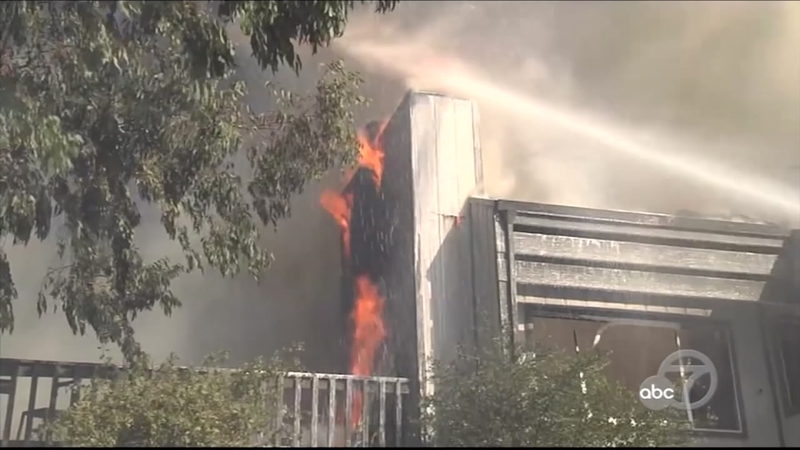 LAFAYETTE, Calif. (KGO) -- PG&E says its power lines may have started two wildfires over the weekend in Lafayette, including the one that destroyed the well-known Lafayette Tennis Club.

The company reported the incidents to the California Public Utilities Commission on Monday.

In the two reports, PG&E told state regulators that the incidents were both reported around 2:30pm Sunday on either side of Highway 24.

When a PG&E worker responded to the first fire at Pleasant Hill and Condit Roads, firefighters said they believed contact between a power line and a communication line may have caused the fire.

The report stated that the worker also observed a broken piece of PG&E equipment at the scene.

A worker went to the other fire scene at Camino Diablo Road about an hour later and was told firefighters are investigating a transformer as a possible ignition source.

The report stated the PG&E worker observed a fallen power pole and transformer.

Looking at the same spot on Google Street view in April of 2019, shows the power lines near a number of trees - the exact scenario PG&E has been concerned about and the reason it says, it is cutting power to millions of customers when high winds pick up.

The ABC7 News I-team also looked at if these locations were included in this weekend's public safety power shutoffs. On PG&E's website, the two locations are shown just outside the shutoff zone. 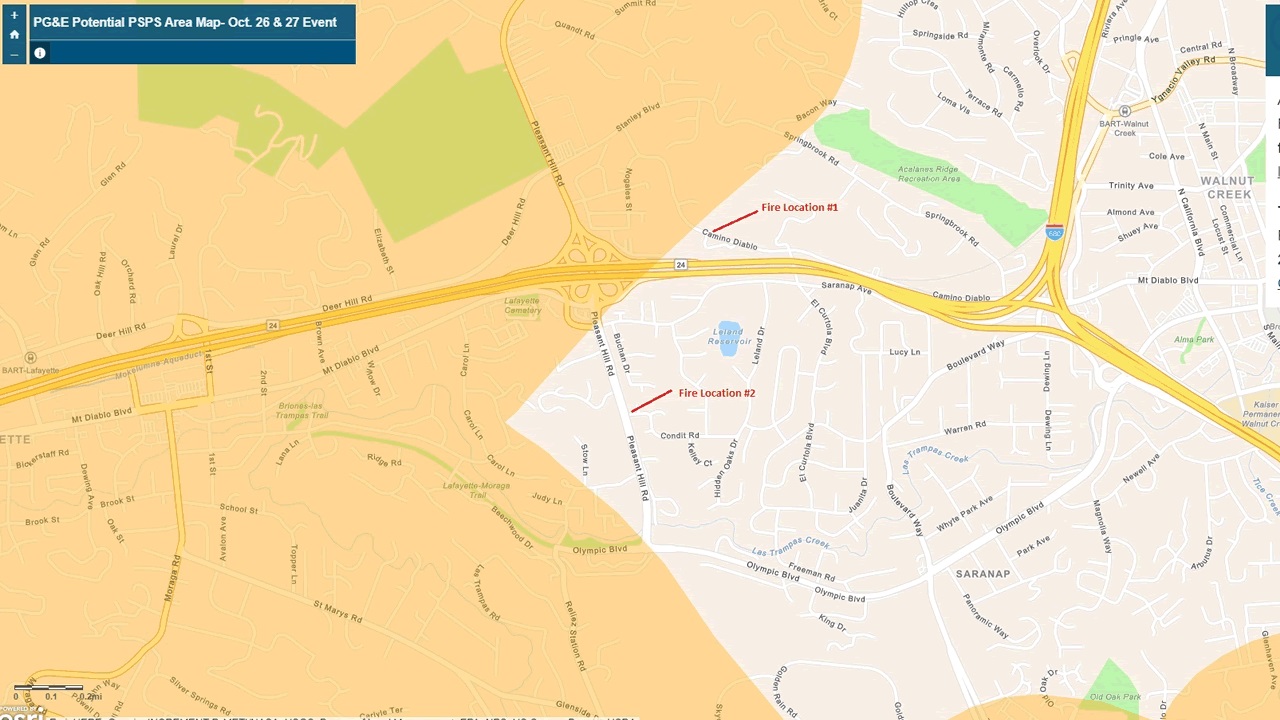 A screengrab from PG&E's website about public safety power shutdowns from October 28, 2019.

When we looked up the address for the Lafayette Tennis Club on PG&E's website, which is right where the second fire occurred, it shows that it was not part of the shutoff and did have power, raising more questions about the effectiveness and execution of PG&E's planned outages. 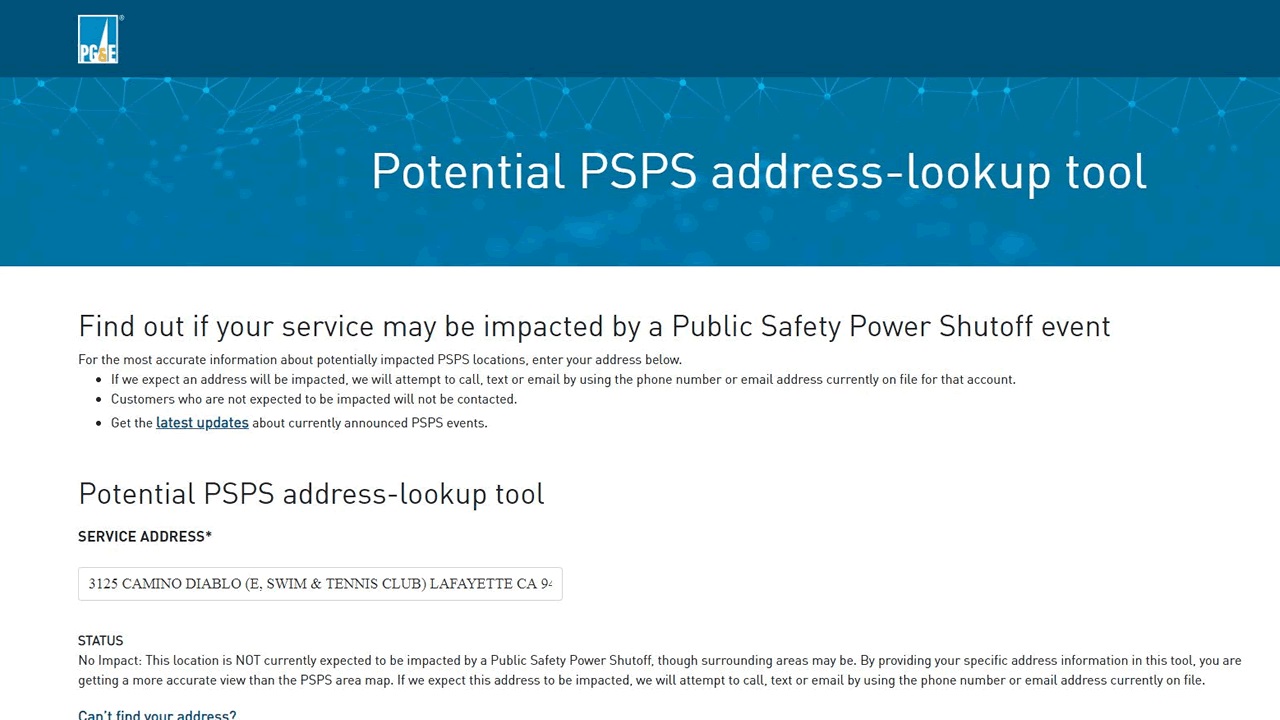 A screengrab from PG&E's websote showing the impact to an address in Lafayette on October 28, 2019.

RELATED: Kincade Fire: PG&E tower near ignition point of Sonoma County wildfire was not shut off, had broken equipment

This is the second incident in the last week where PG&E equipment may started a wildfire in the Bay Area.

On Friday the utility reported to the CPUC that a transmission tower near the ignition point of the Kincade Fire experienced an outage and had a broken piece of equipment just minutes before that blaze started.

PG&E is under severe financial pressure after its equipment has been blamed for a series of destructive wildfires in Northern California over the last several years.

Get the latest updates about PG&E here.