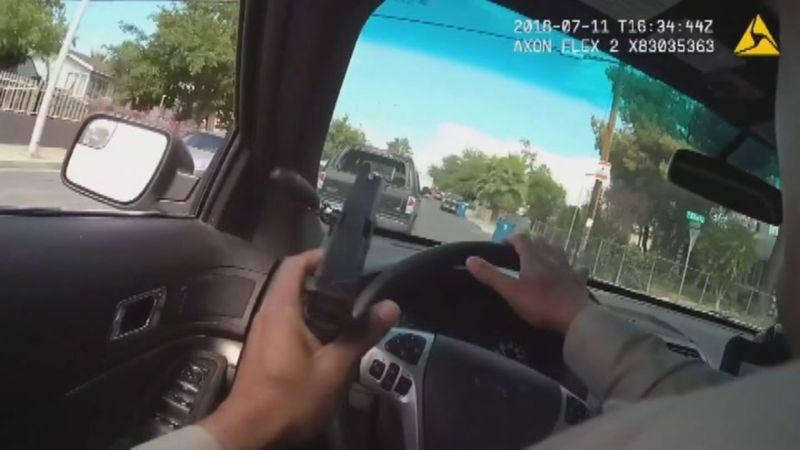 LAS VEGAS -- Dramatic dashcam video of a police pursuit and shooting last week in Las Vegas shows an officer firing his gun through the patrol car windshield and side window.

Patrol officers responded to a shooting at a car wash. Police were told a person was shot multiple times. The victim was taken to the hospital where he later died.

Police say the suspect fled the area in a vehicle being driven by another man. A few hours later, a detective observed a vehicle matching the description of the one involved in the earlier shooting.

When detectives attempted to stop the vehicle, police say the driver fled at a high rate of speed and officers gave chase.

Polie officers stopped a group of men for having open containers of alcohol at the corner of Grant Avenue and Vallejo Street in San Francisco's North Beach neighborhood.

During the course of a lengthy pursuit, police say the suspects fired shot at officers several times. One of the officers returned fire.

The pursuit ended when the suspect's vehicle collided into the wall of an elementary school.

Police say the two men attempted to flee on foot, and one of the men was fatally shot on scene.

The other man made it on to the school grounds and was taken into custody without further incident.