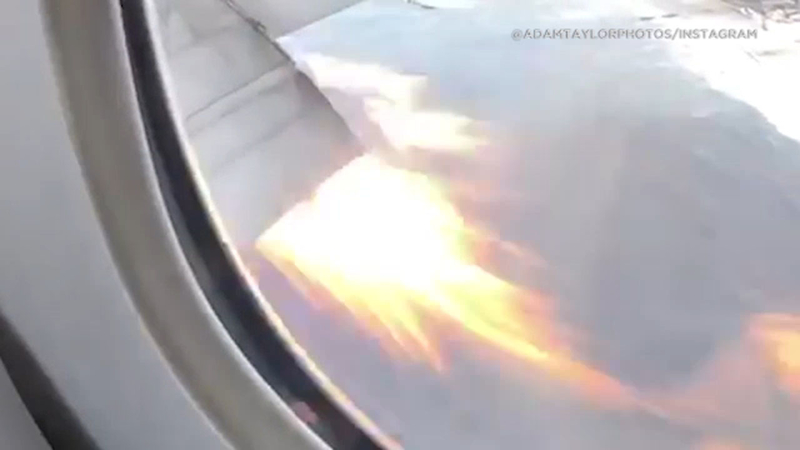 LOS ANGELES -- Over 300 passengers were aboard a plane that made an emergency landing at Los Angeles International Airport shortly after takeoff Thursday afternoon when flames were seen coming out of one of its engines, forcing the aircraft to return to the airport.

Video recorded by people on the ground shows flames spewing out of one of the plane's engines, emitting plumes of black smoke. Three hundred and forty-seven passengers and 18 crew members were evacuated from the plane once it safely landed.

Adam Taylor was a passenger on the plane when the "engine backfired and shot flames," according to his Facebook post. He captured footage from inside the cabin which shows the flames shooting out of what appears to be the right engine while his toddler sat in the window seat.

"I could see flashes of light. I thought it was some kind of... just from the sunlight, and then I just start hearing 'boom , boom, boom.' and I look out of the window and there's balls of fires just shooting out of the engine," Walter Baumann, another passenger, said.

One engine was lost, but the plane landed "without incident," according to Federal Aviation Administration spokesman Ian Gregor.

In a written statement, airline officials confirmed that one of the plane's engines experienced a "technical problem."