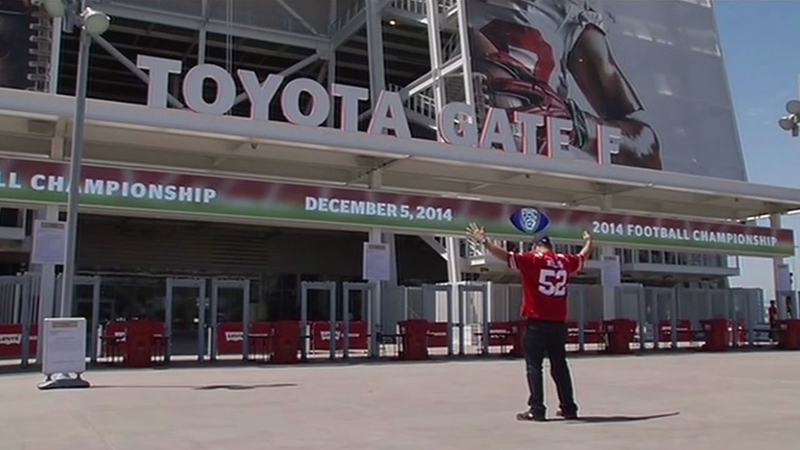 SANTA CLARA, Calif. (KGO) -- Saturday night the San Jose Earthquakes and the Seattle Sounders FC will be the first sports teams to play on the field at Levi's Stadium.

For the game Levi's Stadium officials are urging fans to take public transportation to avoid any parking problems.

About 45,000 fans attended the game and they were excited to attend the inaugural game at the stadium.

There was a lot of traffic around the stadium and most of it was people trying to go to Great America. The electric signs pointed people on where to park.

One of the primary transits is VTA, which is adding a ton of resources for stadium events, especially 49er games. The agency expects to carry 10,000 people to each 49ers event with a combination of light rail and bus service.

VTA is also building a new track just west of Levi's Stadium to store extra trains to be used when the games end. Agency officials say trains and staff are ready to go.

Facts about the new Levi's Stadium:


People are willing to pay big to get inside the stadium. According to Forbes.com.
The average ticket price on the secondary market for the 49ers first game on Aug. 17 is $172 -- the highest for any preseason game this year.

During the regular season, 49ers tickets are expected to go for an average of $386 -- the second highest in the NFL behind the Seattle Seahawks.