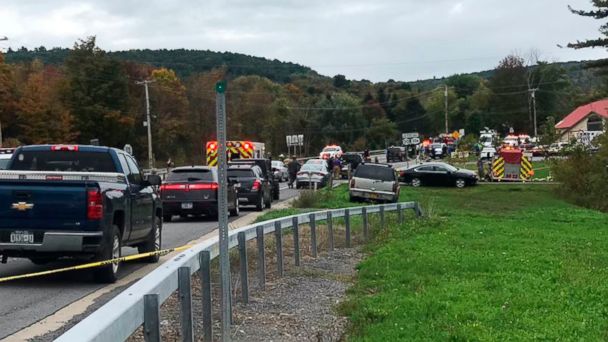 The limousine that was involved in a deadly crash in upstate New York failed an inspection by the state's Department of Motor Vehicles last month, according to Gov. Andrew Cuomo.

Additionally, the driver of the limousine, who died in the crash along with 19 others, did not have the appropriate driver's license to be operating that vehicle, Cuomo said.

A law enforcement official told ABC News that the driver was named Scott Lisinicchia and lacked the proper license required to drive a vehicle that can hold more than 15 occupants.

The state is seeking a cease-and-desist order to stop Prestige Limo from operating until the investigation is concluded, Cuomo said.

"The owner of the company, in my opinion, because of the legal consequences, had no business putting a failed vehicle on the road," the governor said.

The company which operated the vehicle, Prestige Limousine, has had vehicles inspected five times in the past five years and had four vehicles taken out of service, according to Department of Transportation records. That rate is four times the national average, the records show.

The company had not had any crashes over the last two years, according to the documents.

The crash, which took place near the town of Schoharie on Saturday Oct. 6, is the deadliest transportation crash in the U.S. since August 2009, the chief of the National Transportation Safety Board said.

The safety of limousines has been called into question before, including recently when a grand jury in Suffolk County, New York, investigated the 2015 collision between a limo and a pickup truck that killed four women touring wine country on the North Fork of Long Island. Another four people were injured in that crash.

When the report was released in December 2016, then-Suffolk County District Attorney Tom Spota dramatically held up a hollow metal bar to demonstrate "all that stood between eight women and an oncoming pickup truck."

Limousines are not manufactured by major car companies and there is no regulatory agency in the U.S. that ensures these vehicles are safe. Limousines actually start out as normal cars -- and in the case of the latest crash, a Ford Excursion -- and are then chopped up by second-stage manufacturers to extend the length of the vehicles.

After these vehicles are extended, no crash tests are done and there are no mandated safety checks to make sure these vehicles are safe.
Report a correction or typo
Related topics:
abc newsnational
Copyright © 2020 ABC News Internet Ventures.
More Videos
From CNN Newsource affiliates
TOP STORIES