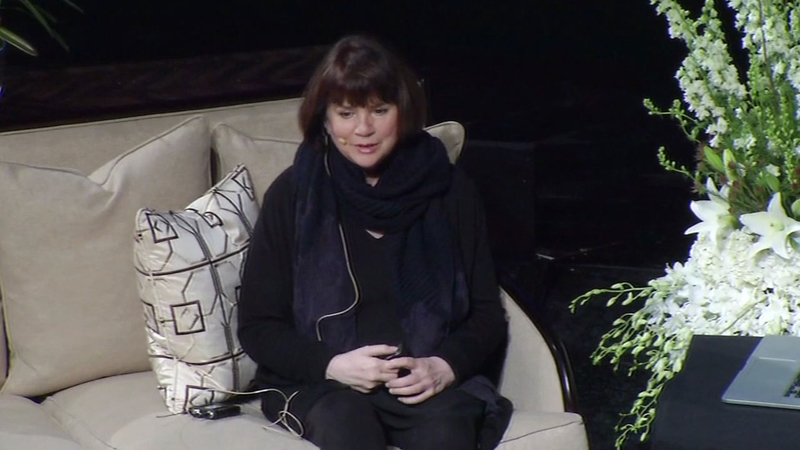 SAN JOSE (KGO) -- Legendary singer Linda Ronstadt made a rare public appearance in the South Bay. Three years have passed since Ronstadt went public with her Parkinson's diagnosis. Monday night, she gave an update on how she's dealing with the disease to a sold out crowd at the California Theater in San Jose.

"Thank you for showing up to hear me talk instead of sing -- I never know if you are going to show up to hear me speak," said Ronstadt.

It was a trip down memory lane. With a singing career spanning decades, Ronstadt cranked out 31 gold and platinum records and won 10 Grammys. In the 1970s she famously dated then Governor Jerry Brown and later George Lucas. And oh the artists she worked with: the evening was a session of name dropping The Eagles, The Doors, James Taylor, Jackson Browne. Ronstadt smiled fondly as the musical hits played and then she got serious about almost 10 years of coping with Parkinson's disease.

"I can't sing anymore. That's that. I can still sing in my brain but I can't sing. It's just the way it is. If you're going to have Parkinson's you better have a sense of humor. Because somebody wants to surprise you with Mr. Toad's wild ride -- you wake up in the morning and you have this collection of symptoms, you don't know what's going to show up," said Ronstadt.

"Seeing somebody like Linda Ronstadt writing a book, going on tour, living her life with Parkinson's -- that's what we are here for," said Carrolee Barlow, Parkinson's Institute and Clinical Center.