Baz Bagel and Restaurant gets creative in Little Italy 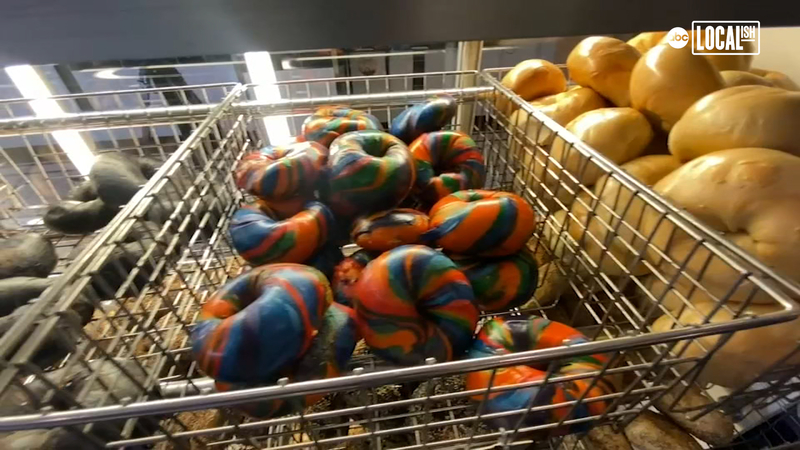 "All our neighbors, everyone on this block, the crossing guard everyone kind of calls this little place their hub," said Bari Musacchio, the owner of Baz Bagel and Restaurant.

Whether it's for a pumpernickel everything bagel piled high with cream cheese and smoked salmon or a bowl of matzo ball soup, Baz is still a hub of activity.

But since most offices remain shuttered, catering jobs have fallen way off. So, Musacchio has had to get creative.

"We really started focusing on shipping our bagels, and make your own bagel kits at home, and a few other ways to make up that revenue," Musacchio said.

That shipping operation took over the counter stools and booths. Blue and white swirled bagels are shipping out for Hanukkah. Latkes are on the menu year-round and served two ways. The traditional version has apple sauce and sour cream.

We also do the latkes fancy pants with is latkes sour cream caviar and salmon. Take the traditional latke up a notch," Musacchio said.

And at the other end of the spectrum, there is a latke hash. The curbside window has allowed for social distancing. Many customers take their items to go, but a few linger, even now in the cold.

Related: Midtown restaurant gets new vision for colder months ahead

"These are all the foods I grew up eating, the coffee, have it every single day, my husband, we're neighborhood people," one customer said.

This neighborhood is also where the owner lives. In fact, right above her store.

"I come from a half Jewish, half Italian family so opening a bagel store in Little Italy really felt like it was the right thing to do," she said.

"We're really just using our heart and soul to push through this," she said.