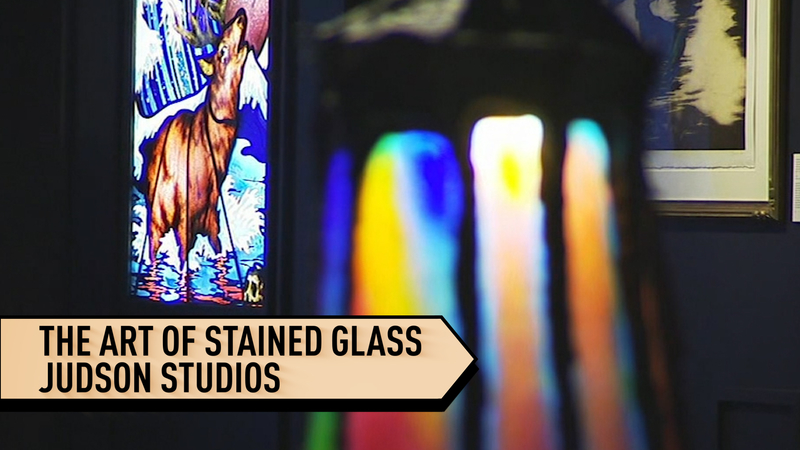 LOS ANGELES -- Stained glass, as an art and craft, dates back nearly two thousand years. Although these colorful creations are often seen in churches and cathedrals, they're now seen in more and more architectural spaces.

"I think what's interesting about stained glass now is that it's transforming contemporary environments," said David Judson, President of Judson Studios in the Highland Park neighborhood in Los Angeles. Judson is a descendent of the studio's founder.

"The company started in 1897. It was founded by my great, great grandfather William Lees Judson. He was a painter, and he came to California, but he struggled as an artist," said Judson. "He realized stained glass was the perfect medium not only to be able to work in the arts and design, but also something that could be a business."

Judson Studios is the oldest studio in the U.S. still owned and operated by the same family. The studio isn't just surviving, it's thriving and even pioneering new stained-glass techniques, such as fused glass art pieces.

Forest Lawn Memorial Park in Glendale is home to one of the largest collections of stained glass in the United States, including some by Judson Studios. Forest Lawn's museum features the exhibition "Judson Studios: Stained Glass from Gothic to Street Style", on view through September 12, 2021.