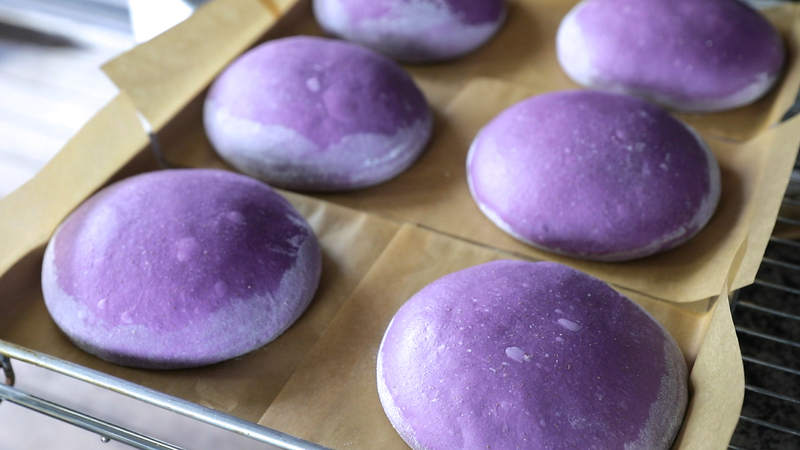 This pandemic-born bakery stuffs ube and paella into sourdough bread

"That's the new idea of what bread should be, not it's just what I grabbed real quick," said Anderson. "It should be something that's celebrated in my opinion."

The pandemic-born business rose to existence in response to social unrest and the disparate impact of the pandemic experienced by the Black community. The name "Rize Up" has a dual meaning that represents both the nature of dough as well as a need to stand up for justice.

Anderson found his love for baking bread during quarantine and transformed his shelter-in-place space into a micro-bakery focused on giving back and changing the world one homemade loaf at a time.

"There's a lot of energy going on right now where the status quo isn't okay anymore, we need to make a change," said Anderson. "That comes from the people, and bread feeds the masses. So, I just took those two things and put it together."

Rize Up Bakery delivers bread to those who need it most through Anderson's Pay It Forward program. When customers buy two loaves of bread, one is donated on the purchaser's behalf to Bay Area food banks, homeless shelters, and more.

"There were times when I was young, where I was homeless, where we were homeless as a family, and the only way we got by was on the kindness of others," said Anderson. "So, I give people an opportunity where if they want to make a difference, they can make a difference with me, through me, for the greater good."

Reimagining bread and providing for the community serve as forms of self-expression for Anderson.

"I've never seen a Black baker in my entire life. There are certain things that people don't equate with Blackness," said Anderson. "I definitely want people to see me as this is what I am, and this is what I do."

"If I set that tone, I will set a good example for other young Black men and women," Anderson adds. "I am very excited to be that for someone else."

For more information about Rize Up Bakery, go here. 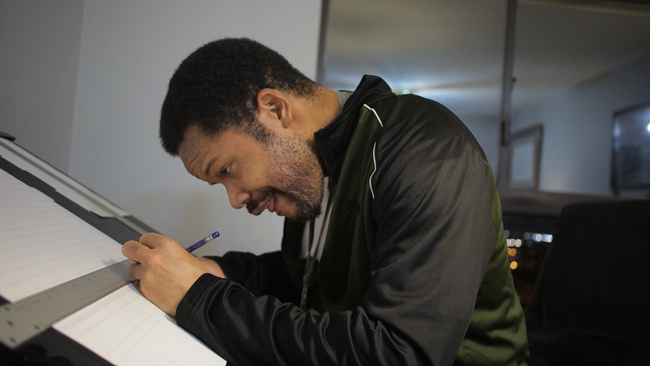 Sandwiches so big, they will leave you wanting a nap!