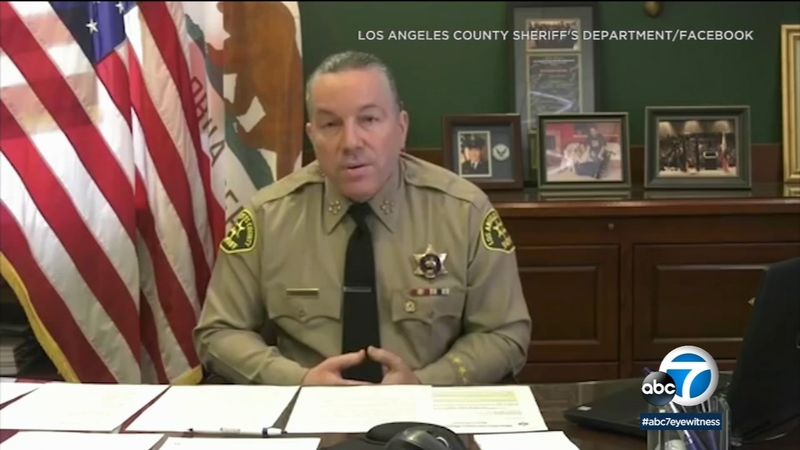 LOS ANGELES -- The Los Angeles County Board of Supervisors voted Tuesday to remove Sheriff Alex Villanueva as head of the county's emergency operations.

On Monday, Villanueva came out and blasted the vote.

"If you're asking the public to stay home, cooperate with authorities, the same applies to the Board of Supervisors," the sheriff said. "They need to remain focused on this united front against the spread of the coronavirus so that together we can save lives."

The move is based on a report on the communications efforts after the 2018 Woolsey Fire and comes as more cases of the novel coronavirus in the county are reported each day.

"I think this is clearly, and I hope everyone can understand this, the best move for us in this pandemic," said Supervisor Sheila Kuehl.

Under the role of lead coordinator, the sheriff has been charged with planning for, responding to and recovering from large-scale emergencies.

The board is expected to grant County CEO Sachi Hamai additional power in coordinating the county's emergency operations -- a job that was until most recently held by Villanueva -- and in cutting through red tape.

The move is part of a long-running feud between Villanueva and the Board of Supervisors, which have been at odds on several topics.

Villanueva has previously admitted to not having any experience running a public health emergency operation, but he claims most emergencies are law-enforcement related. He campaigned against the removal, holding his own news conferences in recent days.

Villanueva accused the board of personally targeting him on Tuesday.

"Your well-documented opposition to both my candidacy for sheriff and my entire tenure in office as sheriff is worth noting as it casts doubt on any decision you make that impacts my office or the Los Angeles County Sheriff's Department."

The vote comes one day after the sheriff once again reversed his order to close gun stores. The decision follows the federal government listing them as essential.