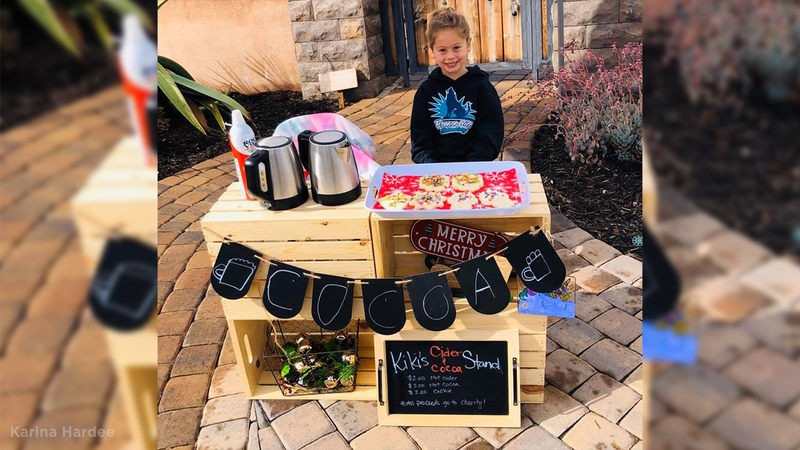 Katelynn Hardee, a student a Breeze Hill Elementary School in Vista, was inspired to help after she overheard another student's mother saying she was having a hard time paying for something.

"She's very inquisitive," said Karina Hardee, Katelynn's mother. "And so she started asking me a bunch of questions, and I tried to answer as best as I could without too much for a five-year-old and just explained to her that some people aren't as fortunate as us."

So the five-year-old decided to help with her very-own hot cocoa and cookie stand.

"There were cookies and a snowman and a snowflake one," Katelynn said.

Her mom said she worked hard, sitting at the stand for three hours and selling her entire inventory. She then reached out to the school, asking if donations were even possible.

"I just left a note saying my daughter held a hot cocoa fundraiser over the weekend and would love to donate the money to any of the negative accounts," Karina Hardee said.