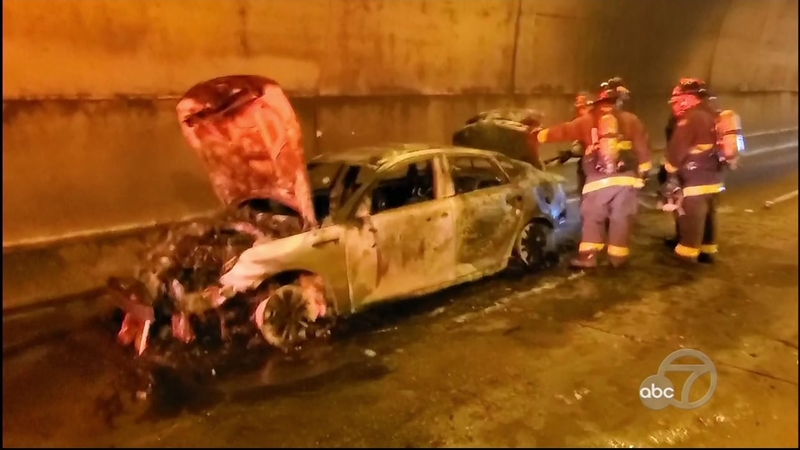 The fire was reported around 12:45 p.m., according to the San Francisco Fire Department.

CHP said both northbound lanes have been reopened and 1 southbound lane remains closed.

Earlier, fire officials said civilians had to be evacuated from the tunnel.

Traffic is backed up to Sausalito.