The earthquake was centered 1.5 miles northeast of Oakland, according to John Bellini, a geophysicist with the USGS.

No injuries were reported. By 1:45 p.m., 377 people had gone to the USGS site and reported feeling the quake.

People who felt the earthquake also took to Twitter.

Uhh I think that was an #earthquake or a really big truck just went by the house ... #BayArea #oakland 😱

Weirdest little earthquake in Oakland right now. It was like one jolt. It sounded like an earthquake but felt like either a car had bumped the wall in the garage or someone above dropped a big wardrobe. Luckily you can always count on #earthquake twitter to verify.

"People are going to feel the earthquake in the epicentral area and near it, but you need something in the 4 (magnitude) area or larger range for it to cause injuries or damage," Bellini said.

BART is experiencing a 10-15 minute slowdown because inspectors needed to look at the tracks to make sure the quake didn't cause any damage, transit officials said.

Trains were running at reduced speeds completing track inspections, and now there is a residual delay, according to BART officials. 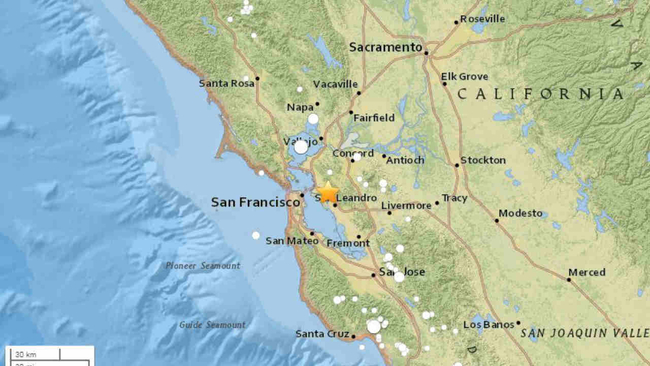