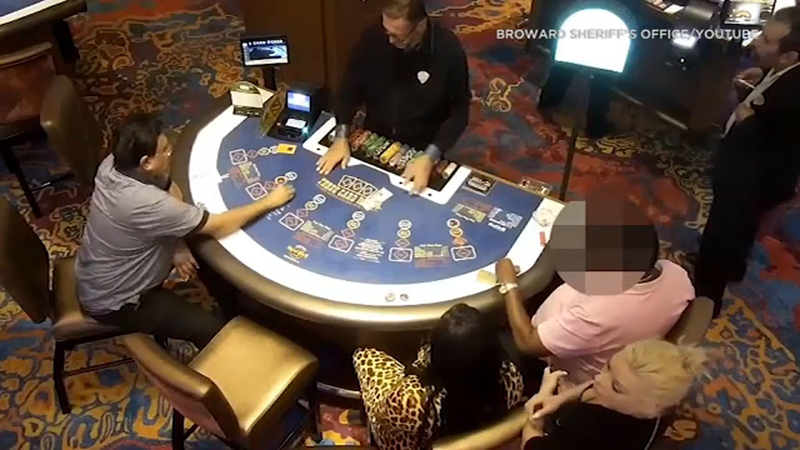 HOLLYWOOD, Fla. -- Two women sought by authorities are accused of drugging a tourist and stealing his Rolex watch after befriending him at the Hard Rock Casino in Hollywood, Florida.

Authorities with the Broward Sheriff's Office said the man was playing poker on Sept. 13 when he was approached by two women who began talking to him. Security footage shows one of the blonde-haired woman pouring a substance into the man's drink while they were at the slot machines.

The man said he felt drugged and had trouble moving after taking the drink, according to authorities.

The suspects and the victim arrived at the Sleep Inn & Suites in Dania Beach after getting a ride-share vehicle.

When the victim said he arrived at his hotel room, he lost consciousness and woke up in the morning to find he was missing $1,000 and a gold and silver Rolex worth approximately $15,000.